Start your Yacht Charter and Sailing Adventure from Split

Split is a perfect departure point for yacht charter and sailing in Croatia. Whether you'd like to sail to the North, Middle, or South Dalmatia region, its central position makes it a desirable yachting destination.

In the region of North Dalmatia, you can sail to Primošten, Šibenik, Skradin & Krka Waterfalls, and the island of the beautiful Kornati Archipelago.

If you'd like to visit the islands of South Dalmatia, we recommend a One-way sailing itinerary from Spit to Dubrovnik. One way yacht charter means you take the boat in Split and leave at the end of the charter week in Dubrovnik.

Whether you are looking for a bareboat, skippered, or fully crewed yacht for charter, the choice is wide. ACI Marina Split is in the center, in the Split harbor, from which you can charter your perfect sailing yacht, motorboat, catamaran, or luxury motorsailer/gulet.

Besides the standard weekly charter, day trips with speedboats from Split to the islands of Brač, Hvar, Šolta, and Vis, are very popular. If you are staying in a hotel or a private accommodation, taking a day trip to one of the nearby islands is a must-do. It's a great way to use your free time in the best possible way. Moreover, you can visit several different islands and enjoy swimming in secluded bays in just one day. Whether you'd like to have a private day trip or with a group of other guests, feel free to contact us. 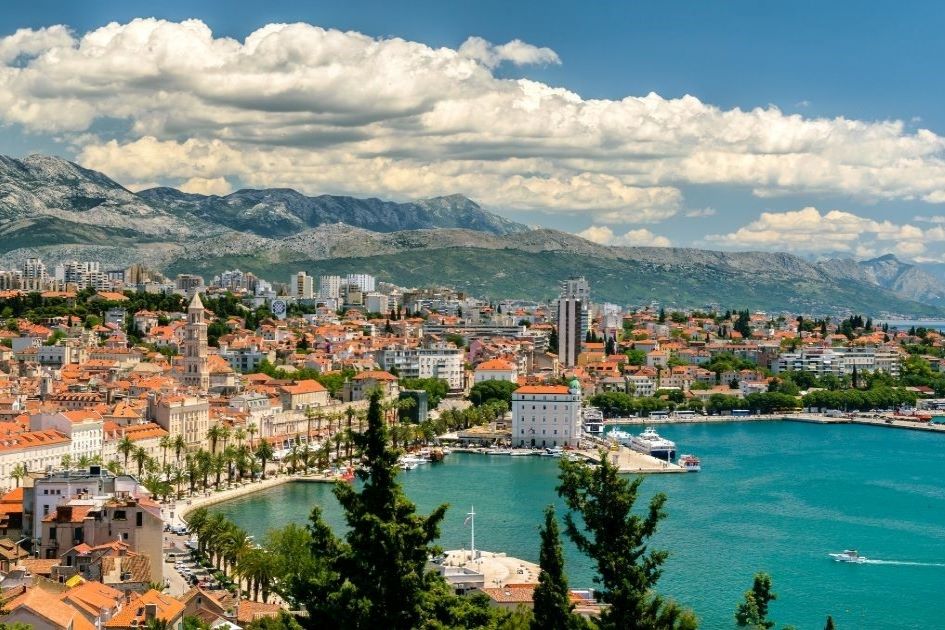 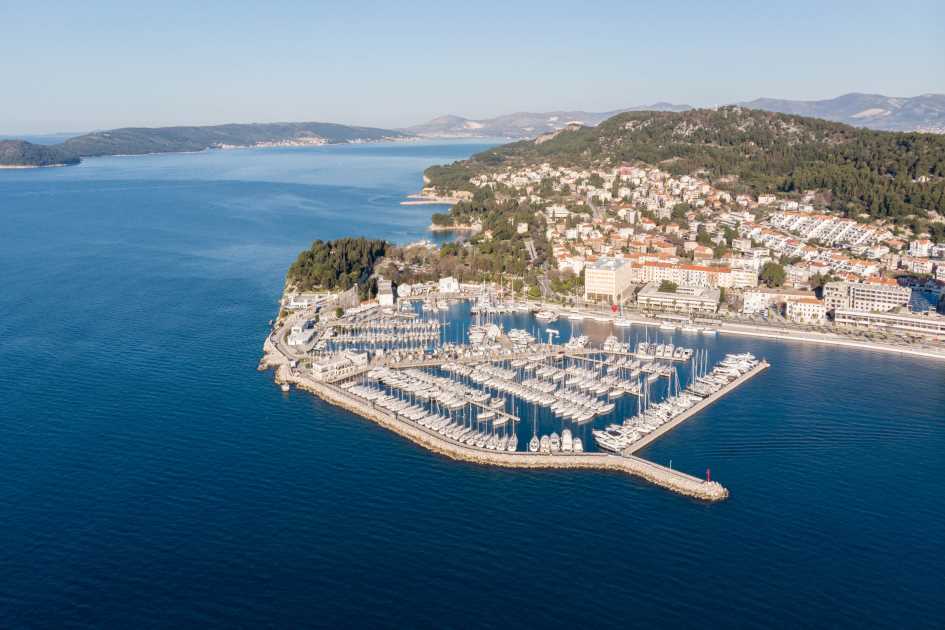 Split is the 2nd largest city in Croatia and the center of the Dalmatia region. Without hiding their pride, the people of Split will tell you that their city is "the most beautiful one in the world and beyond."

One thousand seven hundred years ago, the Roman Emperor Diocletian built a palace on the peninsula near the great Roman city Salona. He wanted to spend his last days in the palace. As a result, Diocletian Palace and the entire historical core of Split have been on the World Heritage UNESCO list ever since 1979.

Split has excellent traffic connectivity. Split International airport is just 20 minutes and highway 15 minutes driving from the city center. To reach the city from the airport, take the direct bus line to the city center, Uber, or Taxi.

The walk through the ancient city will make you feel you travel through time, along with the great examples of ancient architecture like Peristyle, the middle-aged Romanesque Church, and the Gothic Palace. Renaissance portals of the noblemen's houses, Baroque facades, and modern architecture superbly merged in the rich heritage.

Split offers many cultural happenings, film music festivals, exhibitions, excellent museums, and concerts. A few years in a row is a host to a world-known Ultra Europe Music Festival. 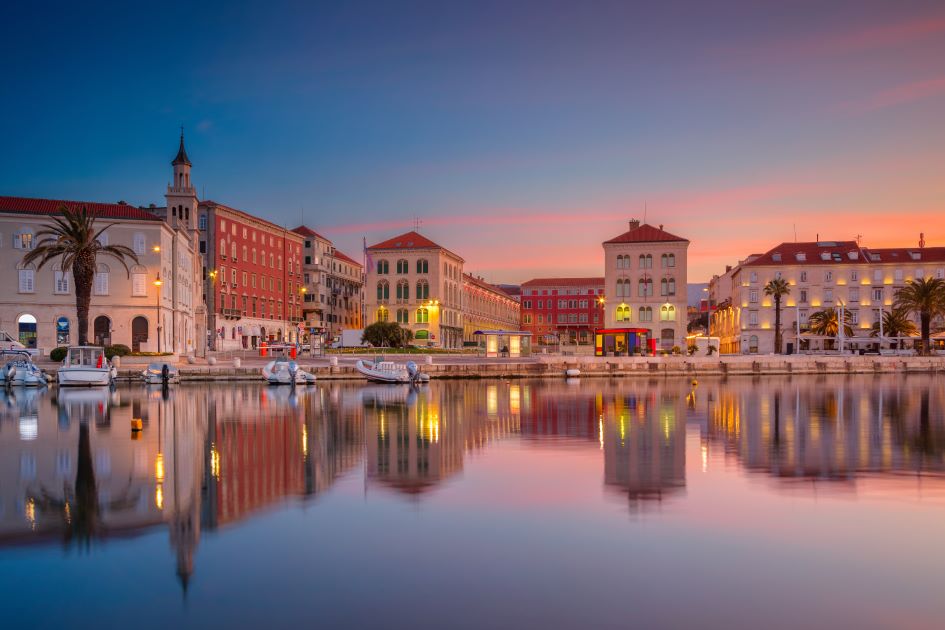 What to see in Split 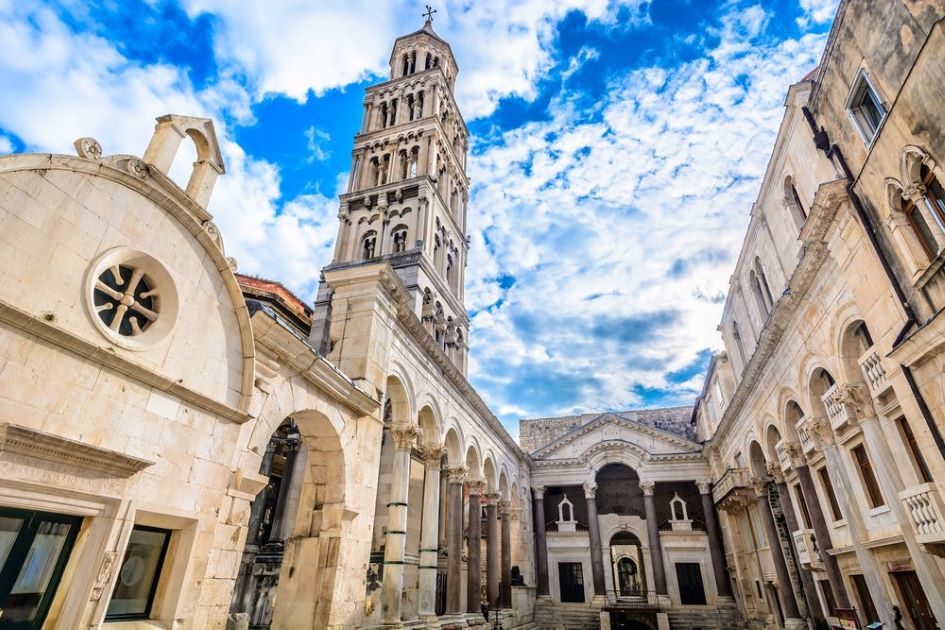 Where to eat in Split

Split city is a venue for an excellent gourmet and wine experience. Treat yourself like a Roman emperor with precious delights from the roman feasts…traditional prosciutto and cheeses from Croatian inland, handmade pasta with truffles, local seafood, south Croatian red and white wines. Split has a diverse menu for traditional but as well for modern foodies. 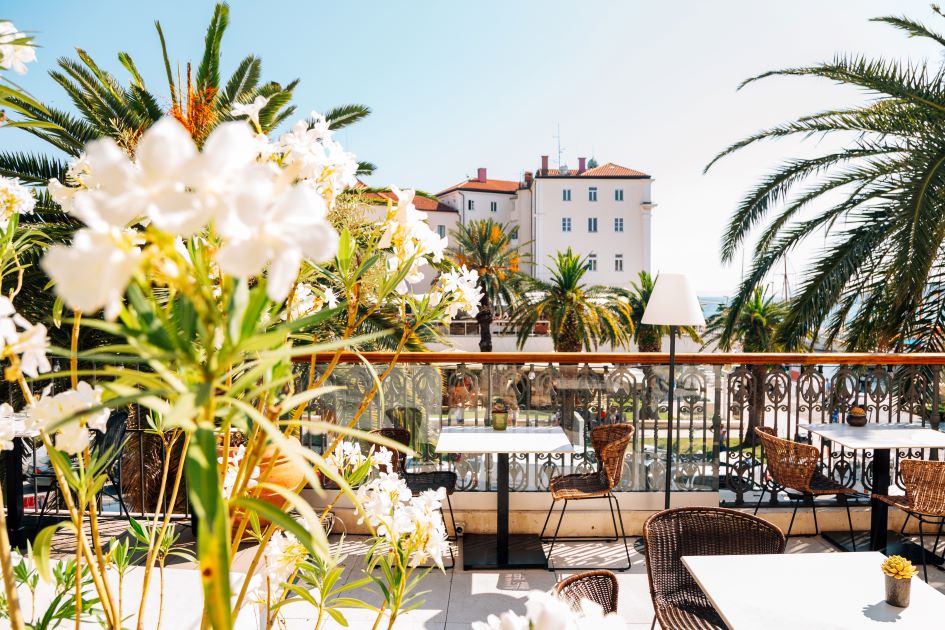 How to get to Split

By plane: The Split International airport is only 25 km from the Split city center. Direct flights to Split depart from the following European cities: Rome, Göteborg, Berlin, Prague, Amsterdam, Frankfurt, Paris, London, and Manchester, etc. The other option is to book a flight via Zagreb. We will be happy to welcome you and organize a transfer for you from the airport to your yacht charter base.

By car or bus: You can drive along the Adriatic coastal road or the highway if traveling to Split by car.

By boat: If traveling to Split by ferry or speed catamaran, you can use some of the regular ferry lines from Rijeka or Dubrovnik toward Split, or international ferry or fast lines from Italy.

Before or after your yacht charter, we recommend visiting two beautiful historical sights near Split if you have some free time. A short drive from Split city lies Salona's ancient city and the medieval Fortress of Klis.

Salona was an ancient city and the capital of the Roman province of Dalmatia. The first mention of the name Salon originates about the 7th century BC as an Illyrian settlement near the spring of river Jadro.

It is the biggest archaeological park in Croatia, whose size is attested by the monumental ramparts with towers and gates, a forum with temples, an amphitheater, and cemeteries with Salonian martyrs. Salona was a town with over 60 000 inhabitants and, according to the legend, the birthplace of Emperor Diocletian. 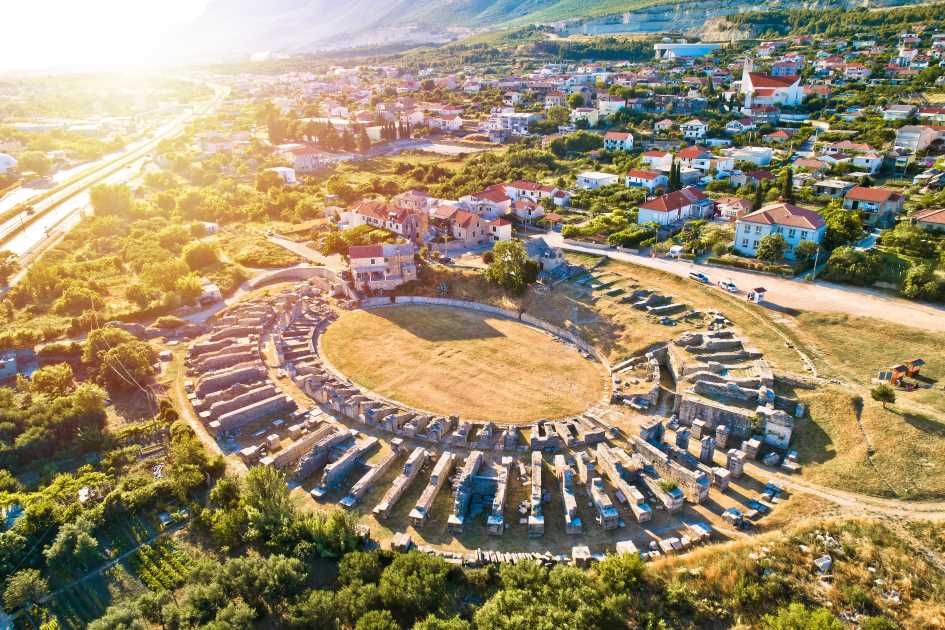 Twenty minutes driving from the Split city, on the cliffs of the gorge between Kozjak and Mosor stands the Klis fortress, with one eye facing the sea and another facing Zagora. Klis fortress became more popular with the wide public after filming GOT series on this location.

The most considerable significance of the Klis fortress for Croatian history dates back to the 15th century. It found itself at the crossroads of the three empires – the Ottoman Empire, the Venetian Republic, and the Habsburg Monarchy. Klis was the home of the Uskoks. The military units that got their name because they jumped into the enemy territory pillaged it and returned to their base.

During warm summer days, we suggest visiting in the late afternoon. You can visit the Fortress on your own or book an organized trip with a tour guide from Split or Trogir. 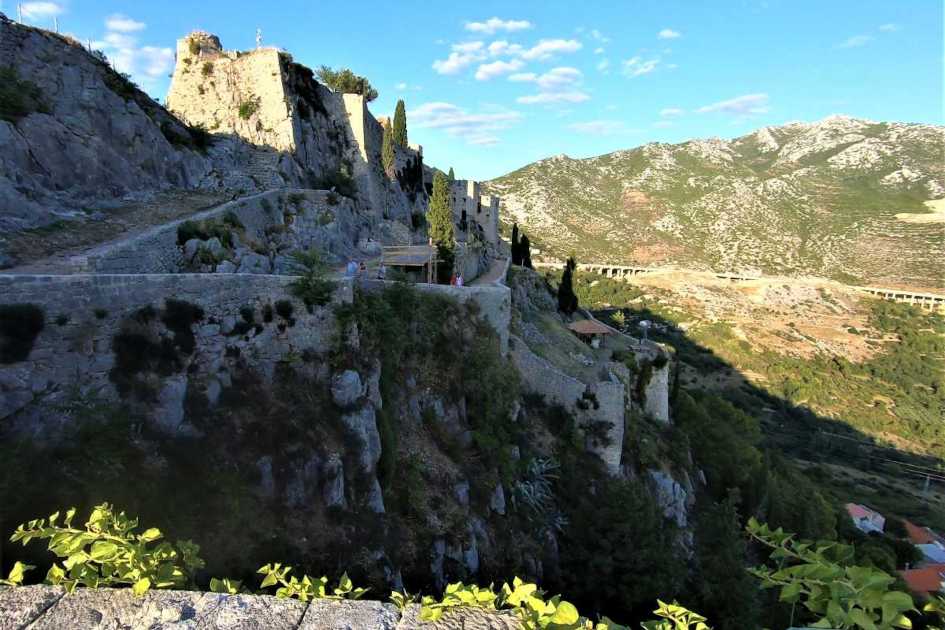 With so many possible activities, things to do and see, it`s no surprise that Split city and its area are the best location to start your sailing adventure and yacht charter in Croatia.