"Zadar - where the sea composes the most beautiful symphonies."

Zadar is an open-air museum, a city where history is felt in every pile. A place where the ancient intertwines with modern.  It is a historic old town of Roman ruins, medieval churches, and monuments. In the old town, placed on a peninsula, you can enjoy visiting its numerous museums, nice and cozy cafes and restaurants.

Zadar was once the largest city-fortress in the Republic of Venice, and its City Walls were an essential part of an elaborate defense system. The City Walls of Zadar joined UNESCO's World Heritage List in 2017 as an outstanding monument of the modern maritime fortification scheme. 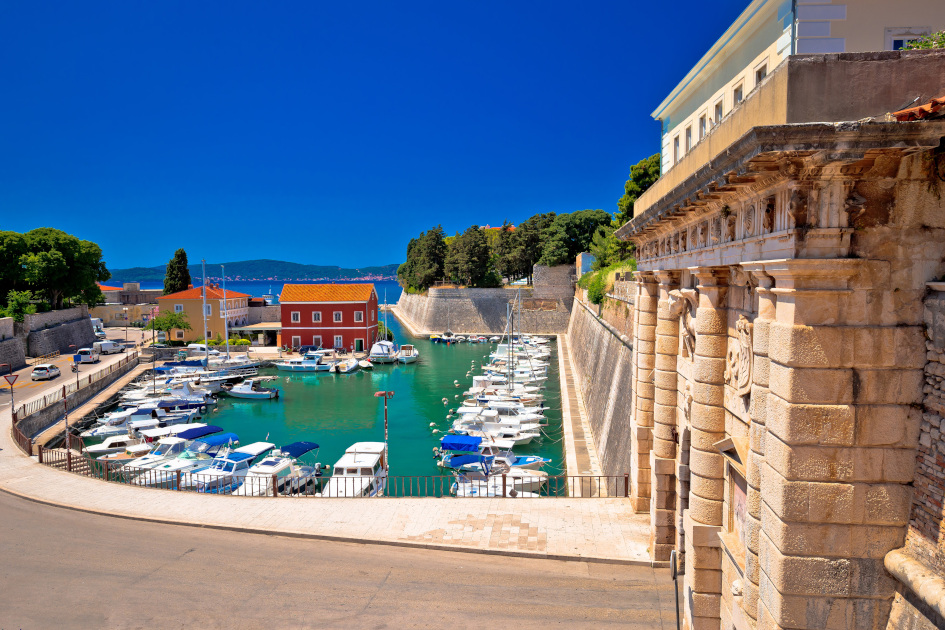 The symbol of Zadar – the Church of St. Donatus is an amazing church from the 9th century, a sightseeing must and the largest pre-Romanesque structure in Croatia! It's 27 m high and 22 m wide, has a specific cylindrical shape, a double interior, and it stands out with its originality. Today, it mostly serves as a remarkable venue for medieval renaissance music. The whole structure is an architectural example of the Carolingian period, and it is considered the most significant of its kind in Europe.

Most of its ornaments mostly originate from the nearby Roman Forum's ruins. Built between the 1st century BC and the 3rd century AD and commissioned by the first Roman Emperor Augustus, the Forum complex features an elaborate design of temples and colonnades with one proud column standing intact. Today only the original pavement and stairs have been preserved with two monumental decorative columns of which the only one stands in its original place. 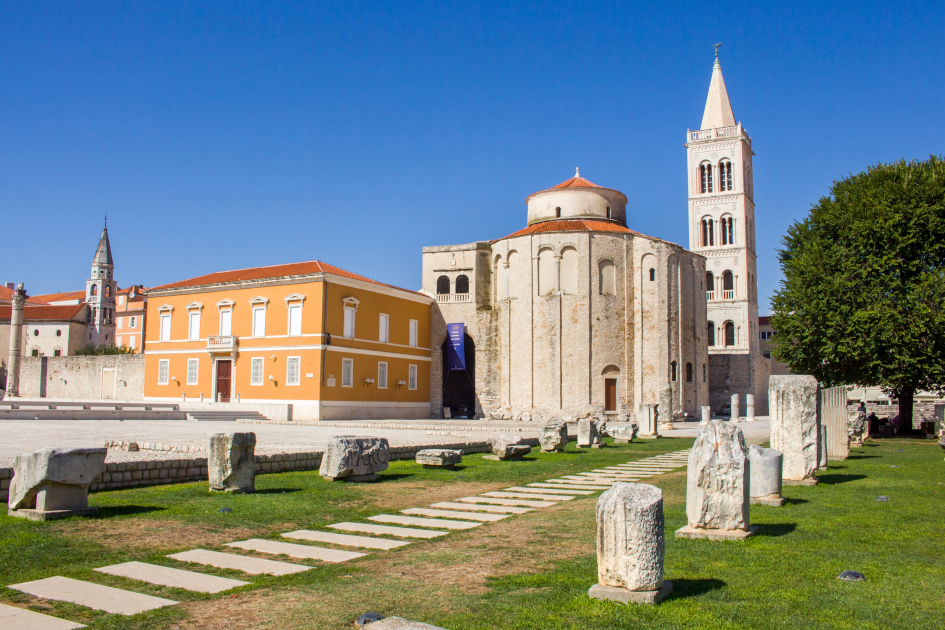 Sea Organ & Greeting to the Sun

Greeting to the Sun - Another installation of the brilliant architect symbolizing man and nature's communication. This stirring monument consists of 300 multi-layered glass plates that absorb solar energy during the day and create a spectacular waterfront light show just after sunset. These installations are a holiday for all your senses.

There are several more must-visit locations in Zadar: Five Wells Square, Episcopal Complex (the Roman Forum, the Cathedral of St. Anastasia, the Archbishop's Palace, the Church of St. Donatus, the Zmajević Seminary, the Orthodox Church of St. Elias, the Benedictine Nunnery and several other buildings), Museum of Ancient Glass. 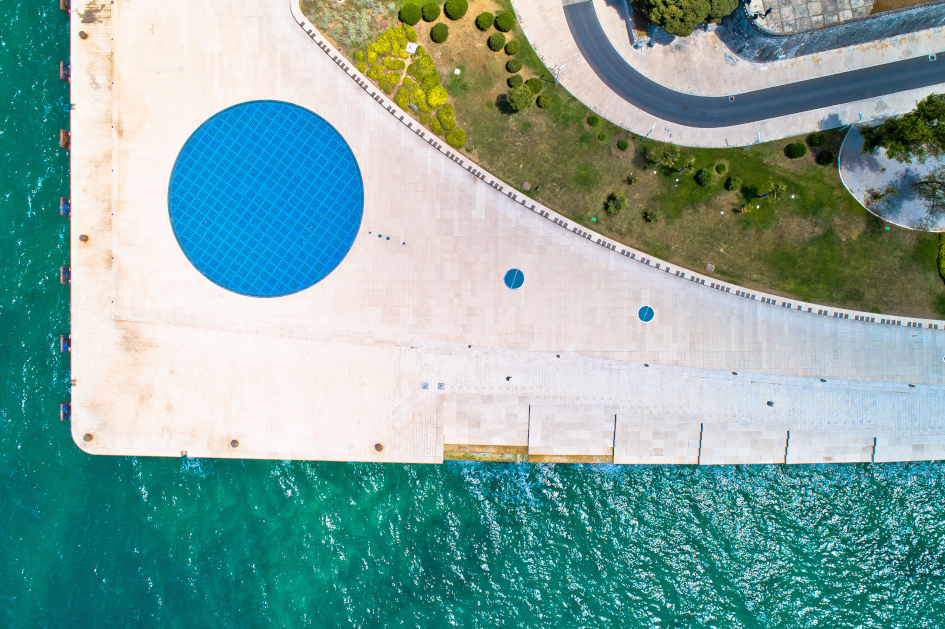 The region of Zadar is a place of exceptional gastronomic tradition. Zadar is a typical representative of Dalmatia and the Mediterranean, the healthiest cuisine in the world included in the UNESCO list of intangible heritage. In Zadar Region, fish, wine, and olive oil make up the "holy trinity. "

If you are a wine lover, don't miss out on seeing the vineyards and taste the excellent wines, which have been cultivated for more than 3000 years. Zinfandel, Merlot, Cabernet, and similar, Predominantly red wine sorts have put the Zadar region on the world's wine map.

To visit Zadar and not try the famous liqueur Maraschino is the same like you've never been to Zadar. Through five centuries of Maraschino tradition in Zadar, this unique liqueur has experienced a fantastic transformation from family and manufacturing production in the very beginning to the largest industry in Zadar. Maraschino production began by Dominican monks in the 16th century and was initially used as a medicine. Later, Maraschino became one of the most famous Zadar and Croatian products, which has remained recognized as an excellent liqueur obtained from the indigenous Dalmatian type of Maraschino cherry. Today, marasca cherries are grown on fertile fields in the Zadar hinterland, on 200 hectares with 90,000 cherry trees.

"It must be the most beautiful sunset in the world!"

muttered Alfred Hitchcock, sipping Maraschino on the Zadar waterfront. Many visitors enjoying the epic sunset view in Zadar agree with him. It's a playground of magnificent colors. 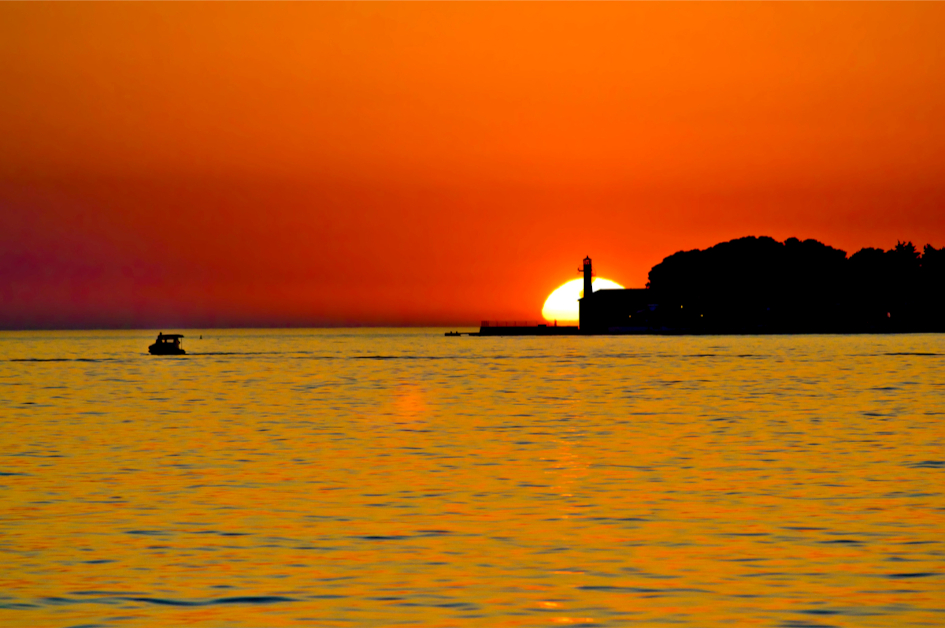 The area around Zadar boasts another fabulous gift of nature and a primary ingredient of virtually all food known to humankind, the pure unspoiled sea salt. Pag Island and Nin saltworks fields have been harvested and produced traditionally for centuries with minimum changes. For centuries, since Roman times, the Nin salt works are in production. Roman Emperors loved salt; back then, salt was exchanged for gold, ounce for an ounce - and Roman soldiers were even paid with salt!

Sailing by the beautiful islands, islets, and reefs surrounding one of the most indented coastal waters of Europe is the trademark of the Zadar region.

Zadar is known as one of the best departure ports if you would like to sail and discover the beautiful world of Kornati islands and numerous more small islets in the area. Zadar is a perfect place whether you would like to set for a day trip or sailing week. Popular nautical day-trips include Dugi Otok, Pašman Island, Ugljan Island, Kornati Islands National Park, Molat, Silba, Olib, Premuda, Sakarun Bay, Veli žal beach.

Close to the Zadar city center are two marinas with all the necessary facilities: Marina Borik and Marina Zadar. You can set sail on a sailing yacht, catamaran or motor boat from these marinas. The nearby marinas in Sukošan and Biograd have a great choice of charter yachts, bareboat, or skippered. 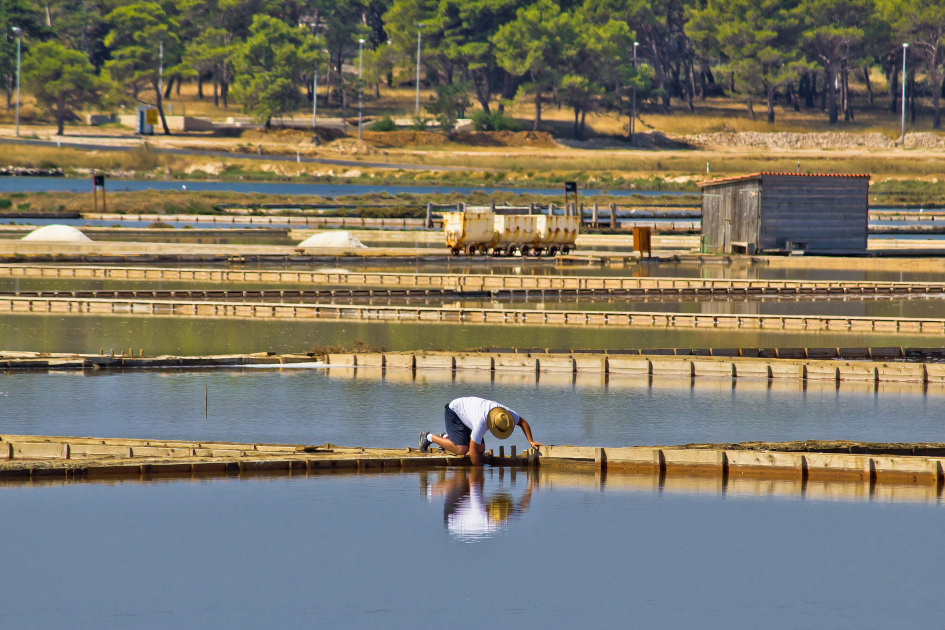