Lošinj is an island in Kvarner 31 kilometers long and is known for its excellent climate, excellent beaches, promenades by the sea, and cycling routes. Lošinj was part of Cres island. An artificial canal later separated the islands at Osor to satisfy sea trade needs on the so-called Amber Route during the Roman Empire.

"A magical blend of health, gastronomy, culture and the fragrances of the archipelago = the Island of Vitality."

A moving bridge in Osor is the connection between the islands of Cres and Lošinj. It is open all day, and at 9:00 am and 5:00 pm, it closes for half an hour so that sailors can pass through a passage that significantly shortens the trip. The bridge's opening is a real attraction for tourists on land and seafarers. 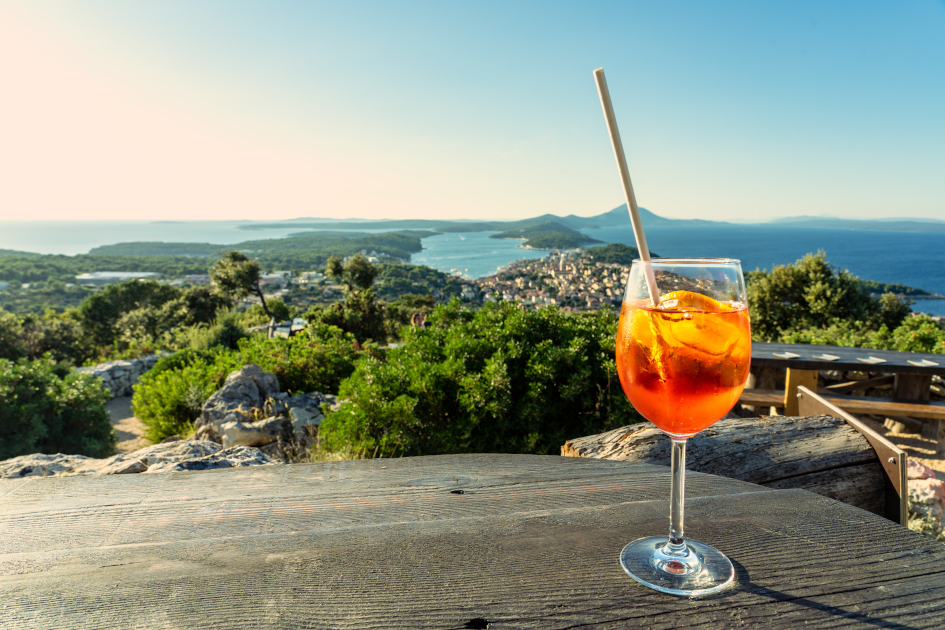 High-quality seas and supreme air quality with over 200 days of sunshine and 1018 plant species, of which 939 belong to indigenous flora, make Lošinj the ideal aromatherapy center and a modern destination of vitality, health tourism, and environmental awareness.

The 125-year long tradition of health tourism is a valuable segment of its offer. The combined fragrances of the dense pine forest, medicinal plants, and sea salt aerosol create unique open-air aromatherapy.

It's a cycling and hiking paradise with over 200 km of trails and footpaths. 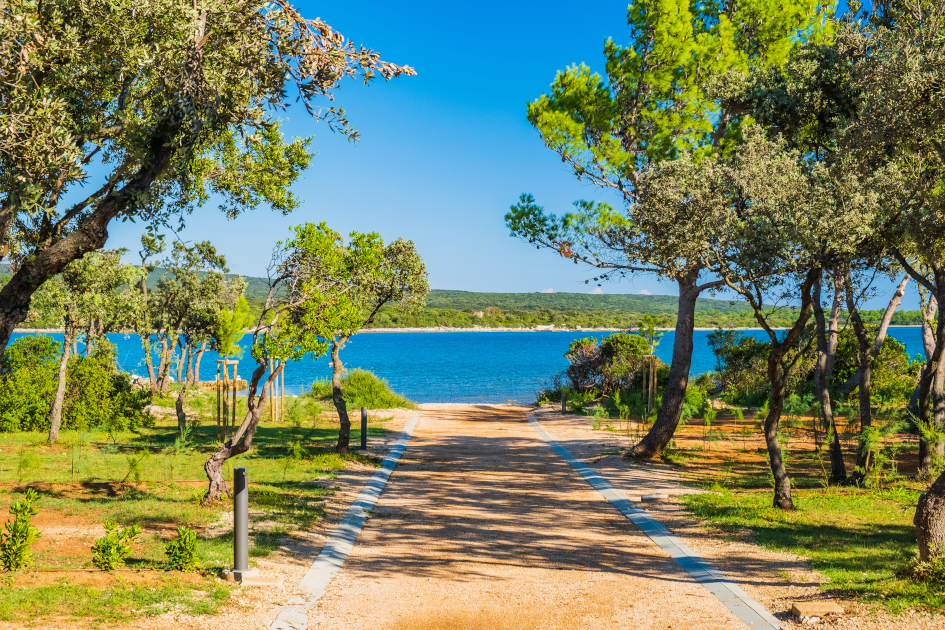 There is a 2nd as well artificial buried canal called Privlaka, which separates Lošinj into two parts. Privlaka is famous among the seafarers. If you intend to pass through by boat, be careful since it is narrow, and because of the passage with strong current can be very tricky. Once you pass through, the reward is one of the safest harbors in the area, Mali Lošinj. 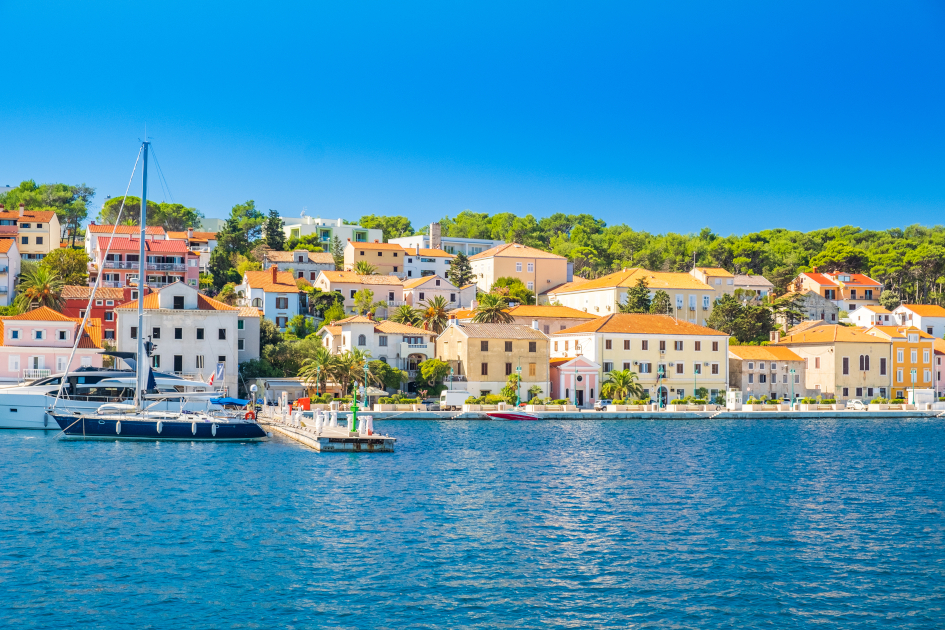 Mali Lošinj is the cultural and social center of Lošinj island, located on its eastern coast. It was mentioned for the first time at the end of the 14th century under Malo Selo's name (Small Village).

In 1868. is experiencing its peak. There are 11 shipyards in the town, and Mali Lošinj becomes the place with the Adriatic's most substantial fleet. Since the 17th century, shipbuilding was a crucial economic branch in Mali Lošinj. Steam engine invention results in stagnation of the development and the emergence of vine disease - the Peronospora results in a displacement of the population.

Slightly unusual in terms of name, Mali (Small) Lošinj, thanks to its large and well-protected port suitable for maritime development, has long surpassed the neighboring Veli (Big) Lošinj. Today with about 6100 inhabitants is the largest city on the Adriatic islands.

Attractions to visit in Lošinj:

If sailing close to Mali Lošinj, you can search for a mooring in Y/C Marina Mali Lošinj. The marina's guests have at their disposal an excellent restaurant, grocery shop, and sailing equipment shop. The marina is open all year round. The alternative to the marina is a City Port of Mali Lošinj.

Although Mali Lošinj Bay provides adequate protection in all winds, strong NE winds and Bora can cause swell and waves in the harbour. The port is bustling during the season, especially in July and August. 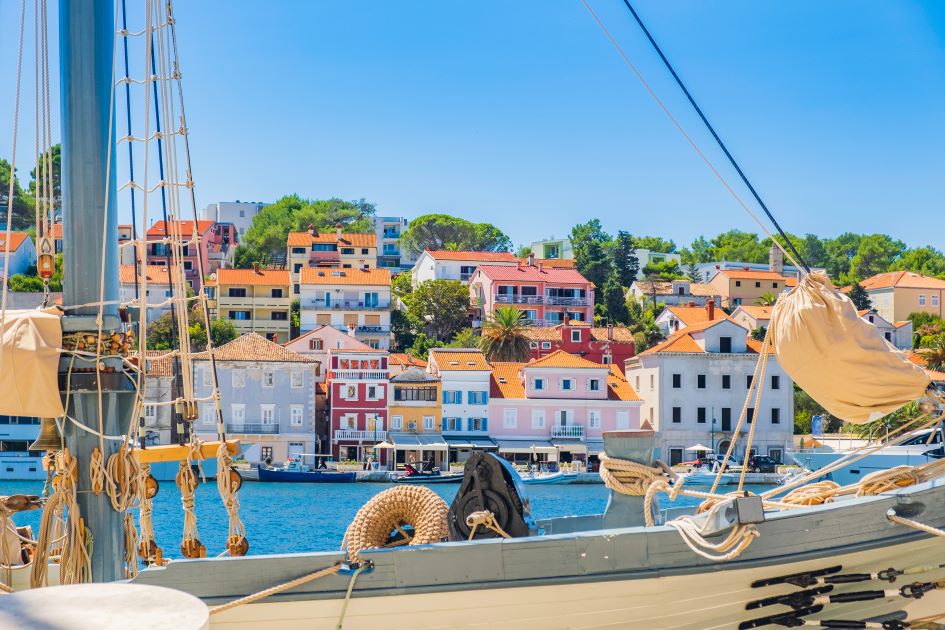 Veli Lošinj is located in a narrow bay on the southeast side of the island of Lošinj, at the foot of the hill Sv. Ivan.

Tall houses, primarily around the harbor, and numerous luxurious villas with beautiful gardens, are the main features of this beautiful town. With its 1000 inhabitants, it is the second-largest settlement on the island.

The Lošinj archipelago dolphins are under the Blue World Institute's protection, which opened the Lošinj Marine Education Center (LMEC) in Veli Lošinj in 2003 – the first center of this purpose on the eastern coast of the Adriatic Sea.  From Veli Lošinj, you can take a Dolphin Watching tour, which lasts for 3 hours and designed for a maximum of 12 people.

If you decide to add Veli Lošinj on your sailing itinerary, you can find a mooring in its city harbor. The Veli Losinj harbor is protected from all winds except from bora. The moorings are on the first part of the harbor and we recommend the eastern side. During strong bora the entrance in the harbor is dangerous. 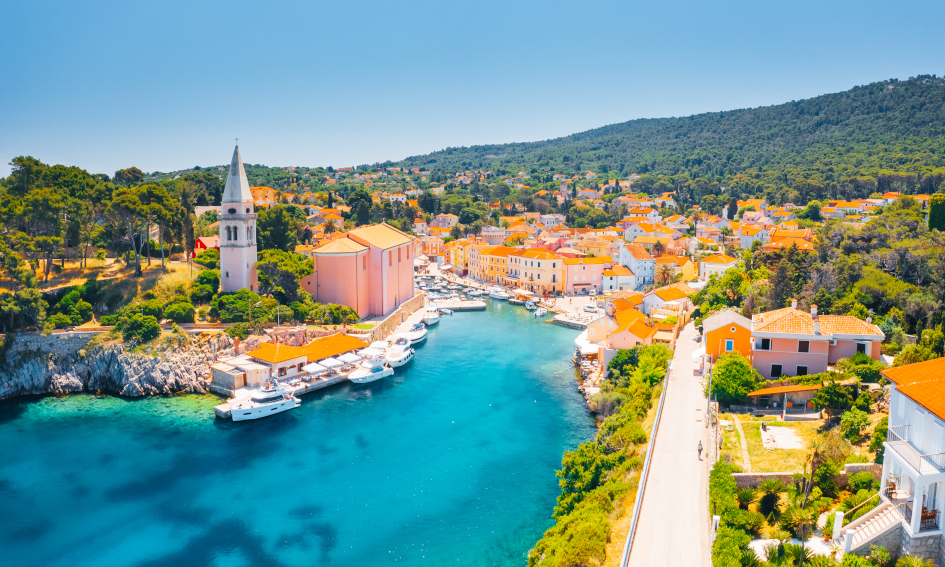 Just beside Veli Lošinj is a small fishing port Rovenska which captures attention with its magnificent beach, fishing village ambient, the tradition of the people who dedicated their lives to the sea, and direct contact with nature. Rovenska harbour has a pier and is very protected. 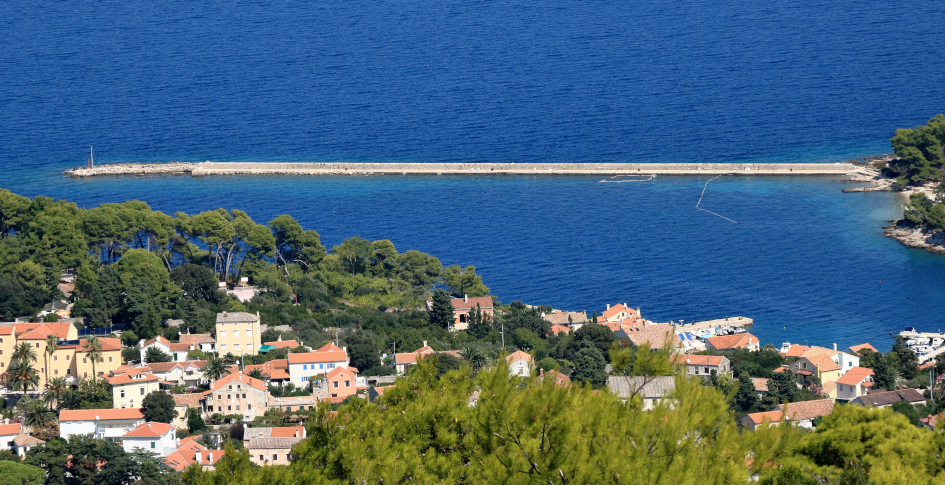 Sailing around the island of Lošinj, you can find several beautiful bays suitable for anchoring, and most of them are in the southeastern part of the island.

Aratore bay - due to its location and well-sheltered coves from most winds, Artatore is also famous among many boaters who can find berths and anchorages for their boats here.

Krivica anchorage - a secluded bay on the SW side of Mali Lošinj island, Croatia. Boaters and sailors know it for its curved shape, which is why the anchorage is protected from all winds. The only part of the anchorage that is not well protected is the bay entrance. It is wider and open towards the West.

Plieski bay – a nice anchorage on the south coast of Lošinj island, with a pebbly beach with a sandy seabed. The bay is protected from northern winds but open to the South and West. 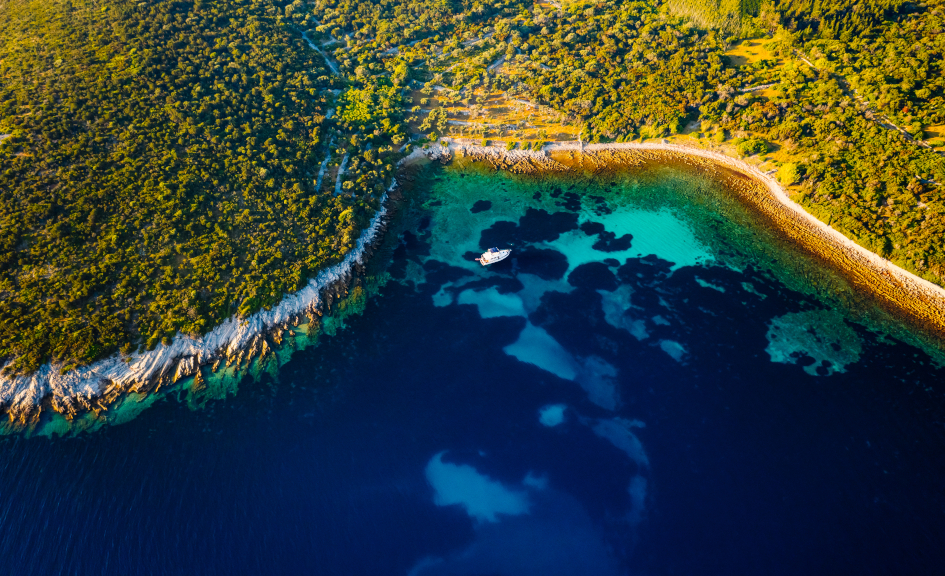 Marina Čikat is probably the safest shelter from the bora, common wind in this area.
Marina can accommodate around 200 boats on three piers and several buoys. There are electricity and water connections on the docks. Anchoring in Čikat bay is not allowed.

In Čikat bay is located historical underwater park with 11 exponents on 5-15 meters depth. 16th-century cannons, ancient amphorae, 4th or 5th-century anchors, Venetian cannons, World War II machine guns, and even Apoxyomenos himself (a rare bronze statue of an athlete from the 4th century BC) in its natural size!

All licensed divers can visit the park. Due to relatively shallow waters in which the exhibit items are placed, persons without any diving experience can dive into the park in the company of a diving instructor from the Diver Lošinj diving center through the so-called "Discovery Dive" program. 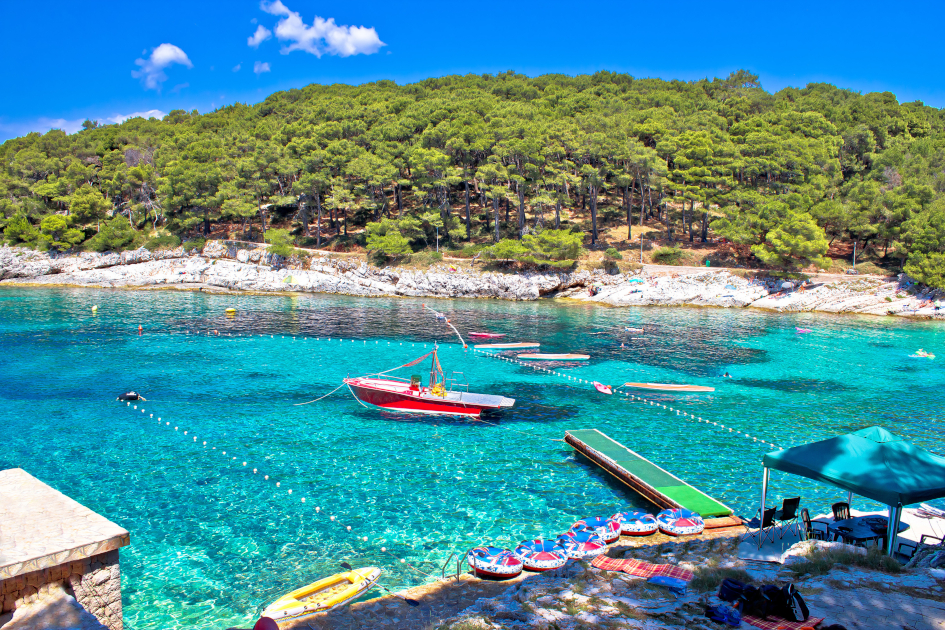 The vicinity of the islands and islets Unije, Ilovik, Susak, Koludarc, St. Peter, Vele Orjule attract boaters to sail around the Lošinj island. Kvarner is a sailing area where you can sail for days and weeks.