The island of Rab, located in the Kvarner Bay in the northern Adriatic, is a real paradise for lovers of nature and an authentic island atmosphere. Rab is 22 kilometers long and 11 kilometers wide island and stretches northwest-southeast and is separated from the mainland by the Velebit channel.

The island of Rab is one of the greenest islands in the Adriatic. Most of the island covers the pine forests and the holm oak.
With 30 sandy beaches, Rab is a Happy island with many tiny, picturesque coves. Due to the crystal clear, warm, and shallow sea, it's an excellent destination for sailing with a family. Rab is a very attractive sailing area. The bays, for daytime anchorage and leisure, the numerous small islands around the island, and the favorable winds for those visiting under sail, are the reason why the waters around the island attract boats in the summer. There are two marinas on the island that offer everything sailors need in infrastructure and comfort. 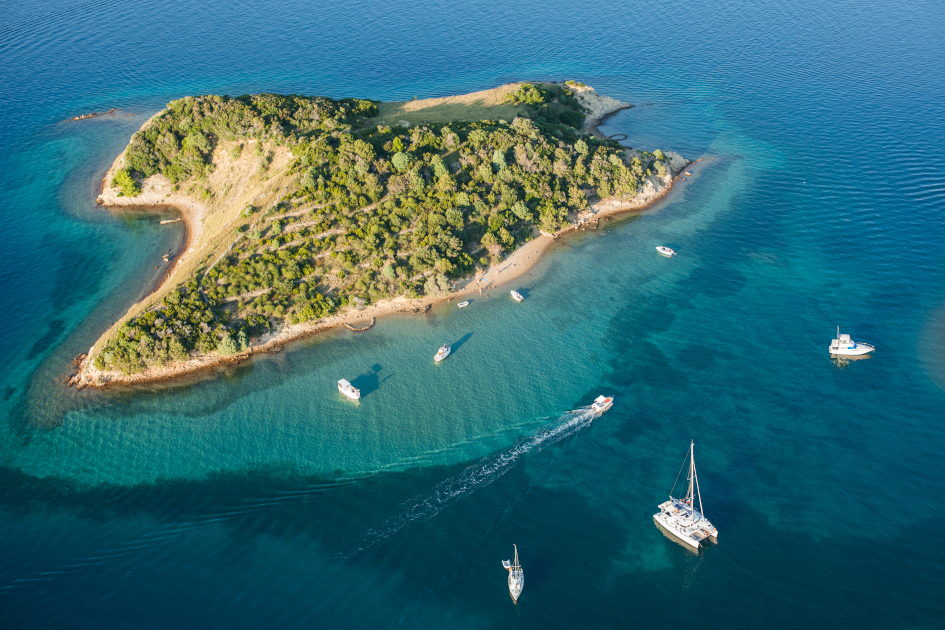 Rab has a rich history with many historical figures. Settled by Illyrians in 350BC, Rab became an ancient Roman municipality in the 1st century BC and developed into the center of the eastern coast of Adriatic. Throughout history, Rab was under Croatian rulers, Venice and Napoleon. The Romans recognized its timeless beauty in ancient times, calling it Felix Arba or "Happy Rab."

Since the Roman days, many churches and town squares on Rab have not changed their primary role as the center of cultural living. Every summer, you can experience all kinds of happenings on the streets of Rab. The most famous occasions are:

Often, Rab town was awarded the best tourist destination in the Adriatic. Rab sits on a narrow sliver of land protruding towards the mainland. The ancient city walls and four church towers are the most famous motif. Further inland from the old town is a beautiful park called Komrčar, whose numerous paths wind around wooded hills down to Rab's beaches.

If you are sailing around the island of Rab and would like to explore this beautiful city, you can find a mooring in ACI marina Rab or the city port. 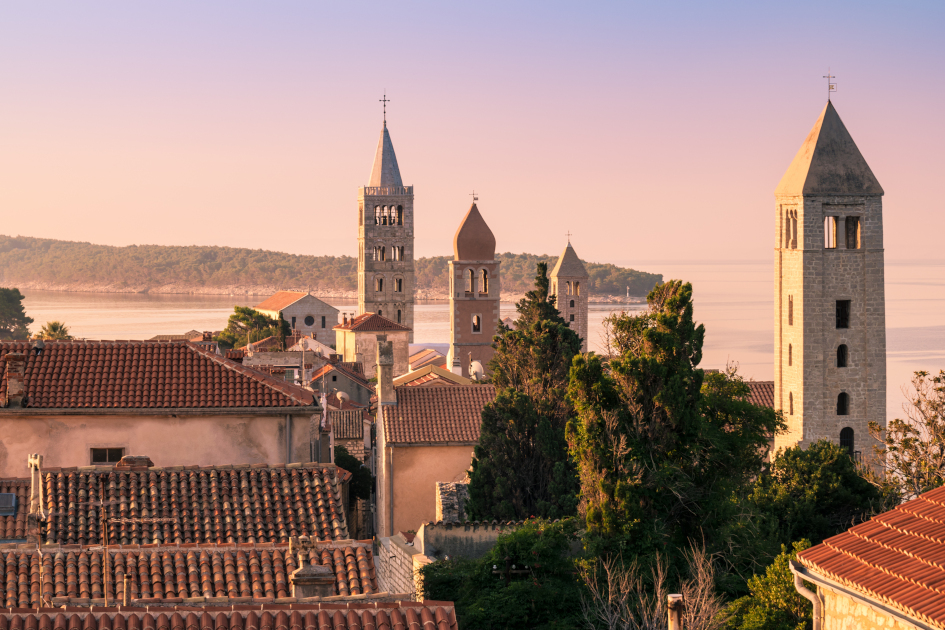 Supetarska Draga, one of Rab's oldest settlements, is a favorite sailing destination in this part of Adriatic. Supetarska Draga is surrounded by a necklace of uninhabited islets and their natural beaches. It is also famous for its clean sandy beaches sheltered from the wind, increasingly attracting boaters, particularly those sailing with small children.

In ACI marina Supetarska Draga you can dock all year round. 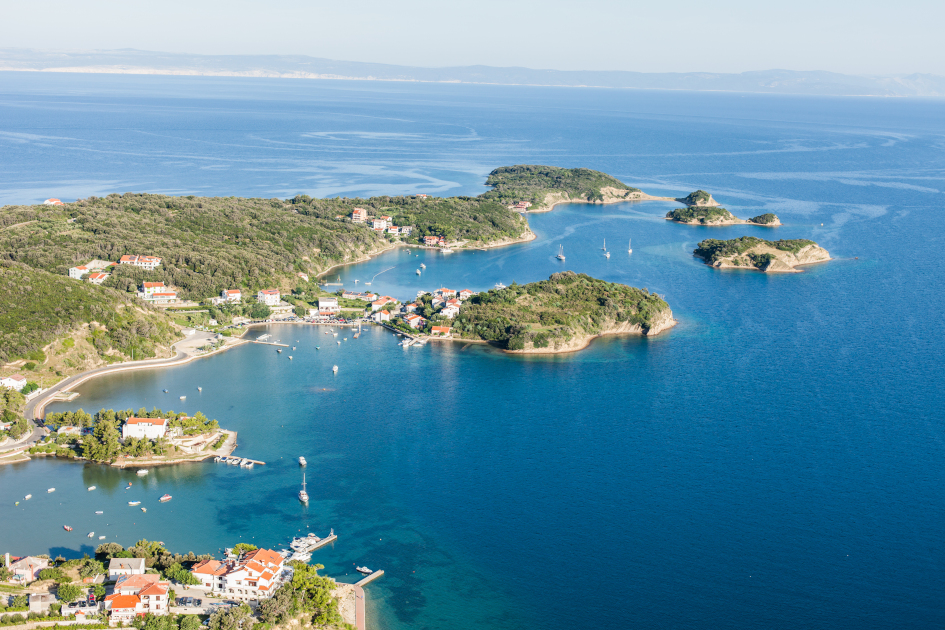 Lopar is well known as "Sandy Paradise". Same like Supetarska Draga, Lopar is surrounded by a bunch of tiny islands and islets (Goli otok, Grgur, Lukovac and Školjić).

There are several archaeological sites in Lopar. The island is frequented by geology experts who research its extraordinary landscape and geomorphologic forms. Be sure to visit Podšilo and see the Roman ceramic kiln, construction and household ceramics, and ancient walls' remains. We recommend visiting the geological garden Lopar to see geological attractions and rare vegetation with free expert guidance.

Lopar bay is sheltered partly from Bora and southern wind that are very strong. It's exposed to NW winds that create big waves. During nice weather, anchoring is possible in the whole bay, but the W coast's best spots are the W from the pier. In case of the slightest sign of bad weather, leave the bay! In Lopar is a ferry port. 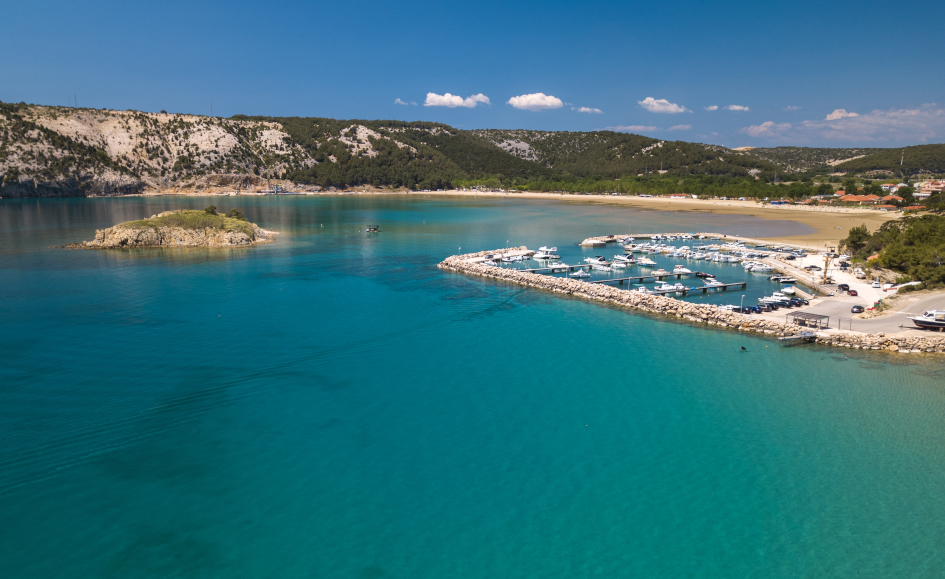 Kampor also houses one of the oldest libraries and archives of Croatian writing in this part of the Adriatic.

Like any other Dalmatian town during summer, Kampor also organizes various festivities such as fishing nights, folklore evenings, and countless others. Sports and active vacation fans can enjoy football, volleyball, basketball, hiking, cycling, fishing, diving, sailing, and numerous other activities.

Suha Punta is the most beautiful part of Kampor. It has a whole bunch of facilities and well-equipped beaches where you can get anything, from a cocktail to a parasol. 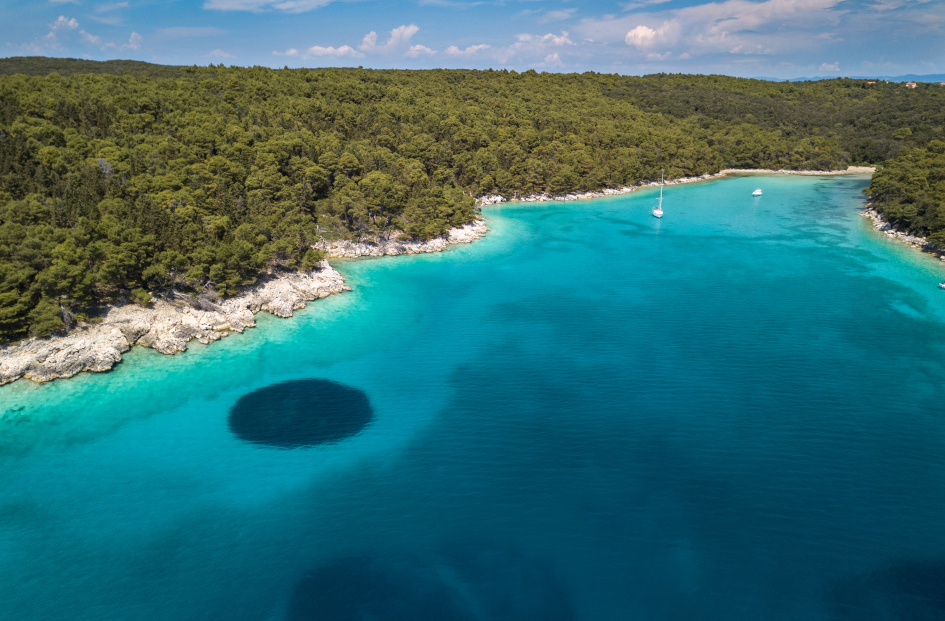 The Banjol village is best known for its sandy beaches in Padova I, II, and III coves. The village has a coastal promenade that leads from Banjol to Rab and is also perfect for recreation and buying local products. There are also numerous restaurants where you can try local delicacies.
We recommend visiting Banjol on the 5th of August, for the holiday of their patron saint, Santa Lucia, locally known as "Šištovica". 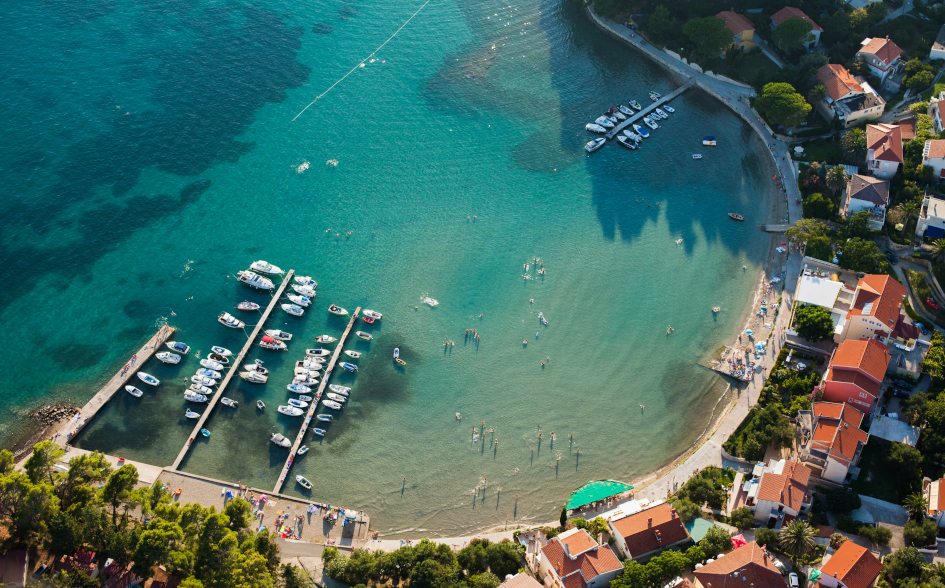 We have already mentioned that Rab is a sandy paradise with over 30 sandy beaches on the island.

The most famous is almost 2 kilometers long Rajska (Paradise) beach in Lopar. It has been awarded the "Blue flag" for water quality, preservation of natural surroundings, and safety. There is a lot to do, from beach volleyball to aquaparks, parasailing, and beach parties. On the south side of the beach, dogs are allowed.

Close to Rajska beach is the famous Sahara beach, the most famous naturist beach in Lopar. Quiet and relaxing place, without any facilities. 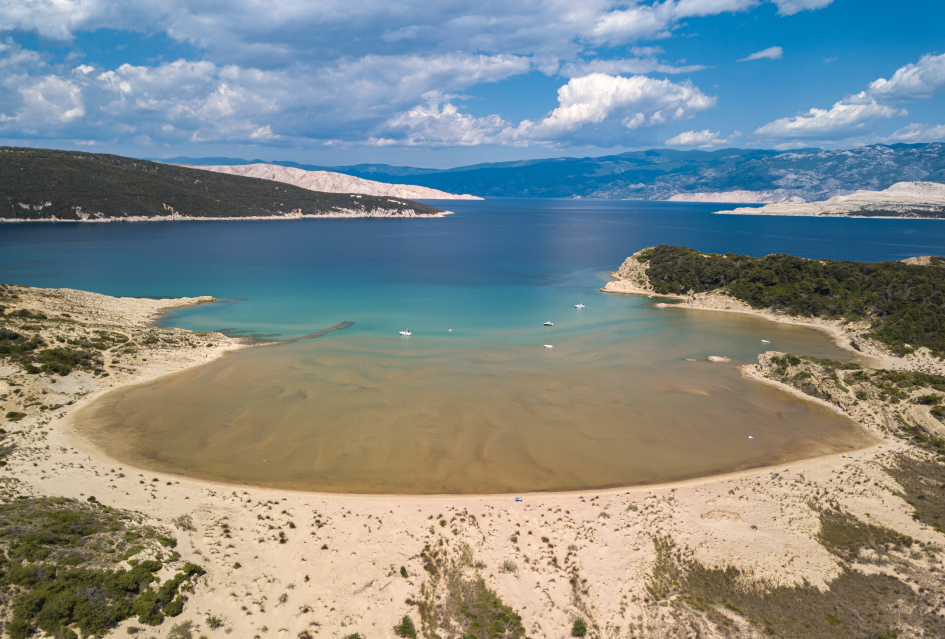 Sandy beach Kampor Mel, in Kampor, is known for its very fine sand. Easily reached by boat or car, it has a spacious parking spot with restaurants and cafes that make it popular with families.  You can enjoy facilities like a trampoline, volleyball courts, and deck chair rentals. There is a special entrance for the disabled. The dogs are allowed on the south part of the beach.

Suppose you are looking for a vacation by the blue and clear sea, natural beauties, and you want to enjoy a walk in rich Mediterranean vegetation. In that case, the island of Rab should be on your sailing bucket list. 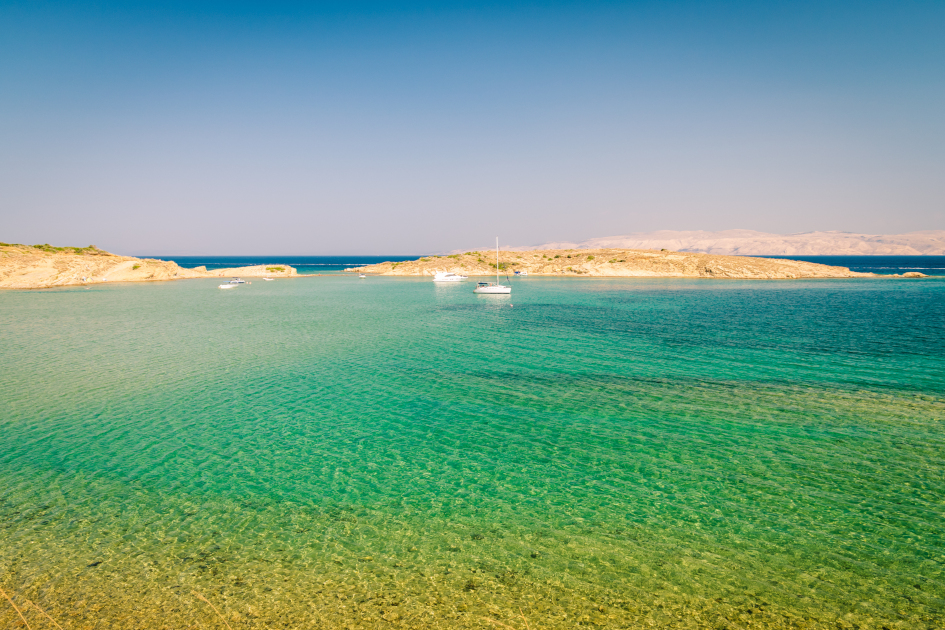