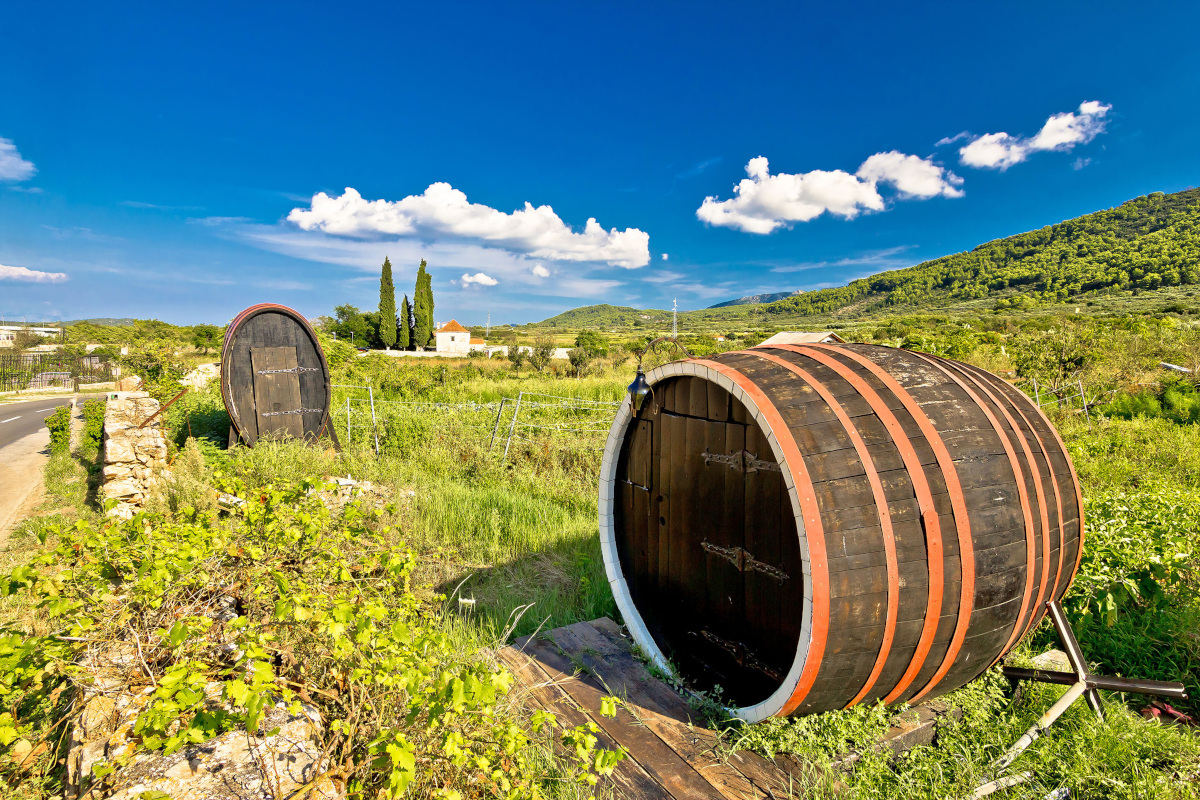 Sail the Dalmatian islands, while visiting the most beautiful vine regions and tasting exquisite wines and traditional culinary recipes, it must be poetry for body and soul.

For hundreds of years, the primary source of life in Dalmatia and its islands was wine. Every household had some connection with wine, which makes Croatia a wine country. The list of native grape varieties is as long as the Croatian coast, even 200 of them.

Check-in and leaving the port in Split, Kaštela, or Trogir latest at 14h. To leave the marina earlier than per the standard charter agreement (17:00), we suggest booking an early check-in service.

Sailing from the homeport to Jelsa on the island of Hvar. Jelsa and its surrounding area have a richly indented coastline with many coves and capes where every seafarer can find the right spot. 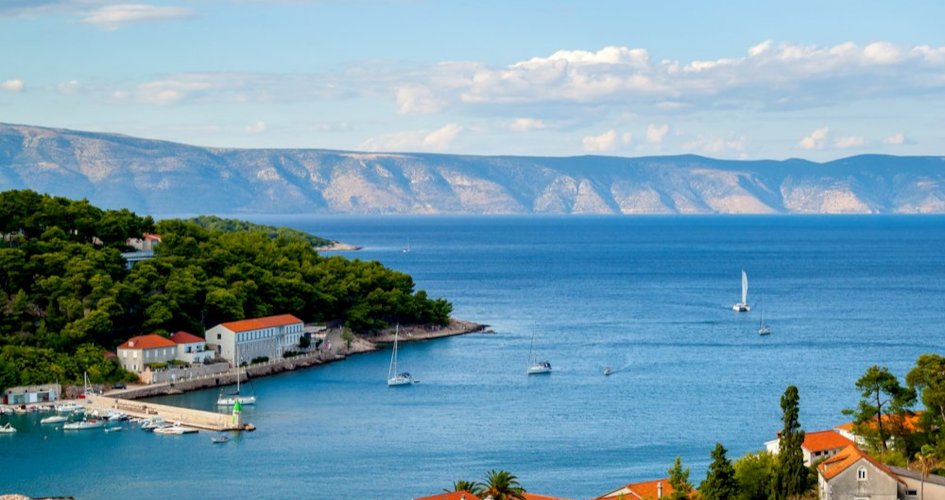 Vrboska is the smallest town on the island of Hvar. It is a peculiar town due to its geographical location hidden in the deep bay, intact dense pine forests, cultural sights with features of the Gothic, Renaissance, and Baroque style, and architecture flanked by winding streets. In the middle of the bay is a small islet, connected by the bridges, for which it is called” Little Venice. The church-fortress from which spreads the beautiful view of the surrounding and open sea is a unique monument.

Wine tasting at Carić winery in Vrboska (by taxi) and Tomić in Jelsa (by taxi), dinner at restaurant Bonaca in Vrboska. 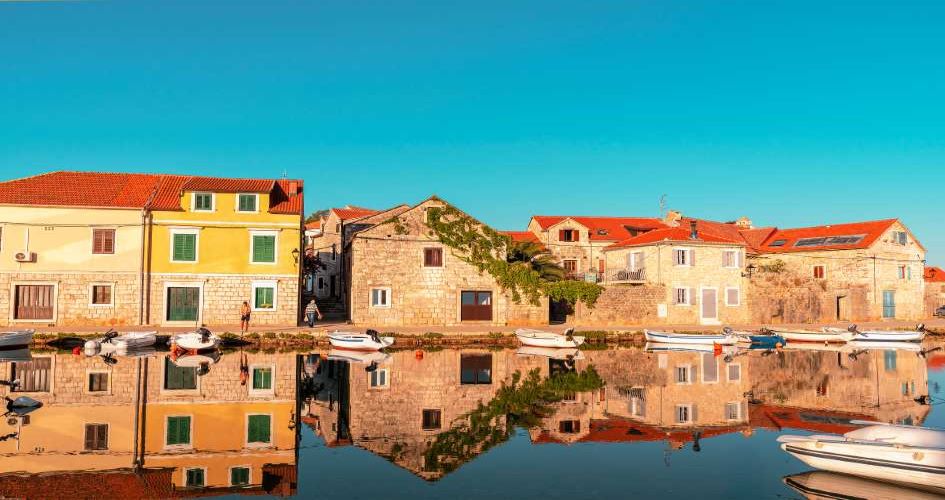 Sailing from Jelsa to Trpanj, a small village on the north coast of Pelješac peninsula. Trpanj is a hidden jewel with a long history and rich cultural heritage. A home of fishermen and seamen, and a landscape featuring numerous vineyards and centuries-old olive orchards – is now becoming a true Mediterranean paradise with countless cobble and sandy beaches and countless hidden coves that are waiting for you!

Wine tasting in some of the most famous wineries on the Peljašac peninsula, Korta Katarina, Skaramuča, Matuško, Saints Hills (by taxi), dinner Trpanj at Tuna bar on Pelješac. The approximate distance of 5 hours. 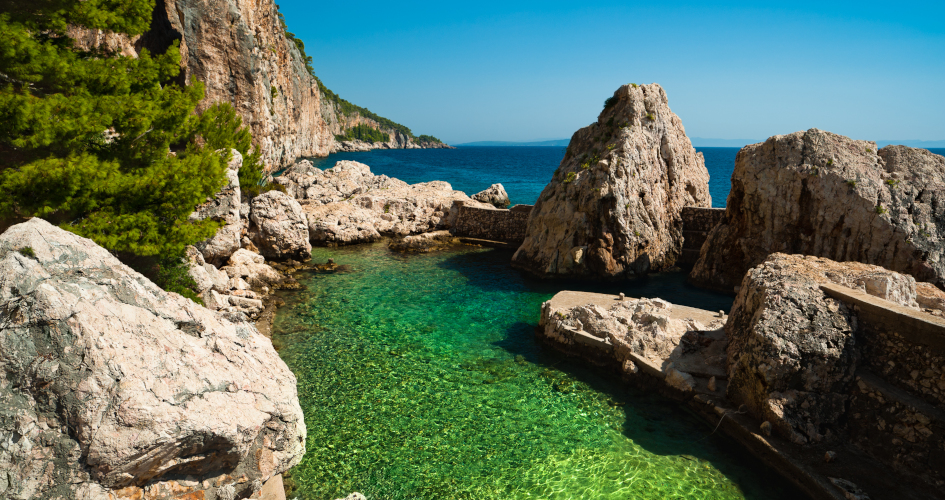 Just 4 km from the city of Hvar on the south shore of Hvar’s island is the village Milna. Situated in a protected cove with beautiful, radiant beaches, far from the city’s rushing summer crowds, Milna is the ideal destination for a relaxing vacation.

Wine tasting at Zlatan Otok, dinner at Konoba Kotin on Hvar. The approximate distance of 5 hours. 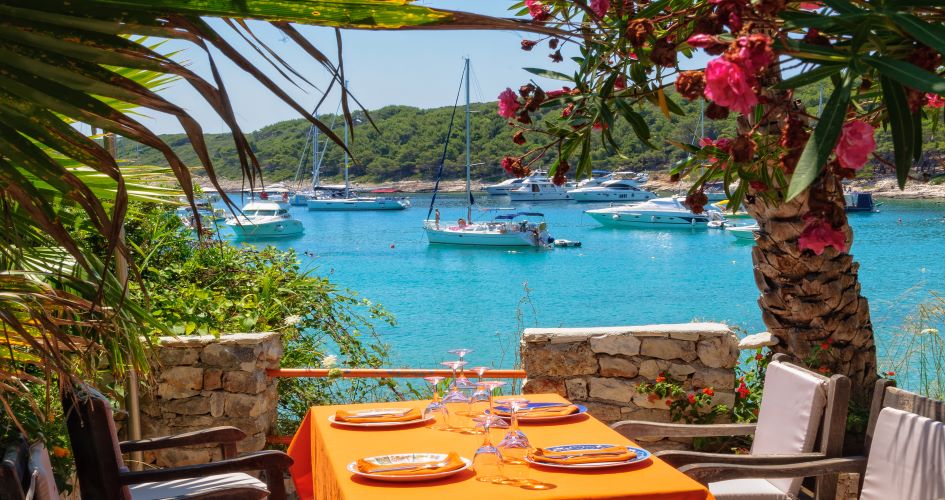 Bol is a picturesque small town and the only settlement coastal settlement on the southern side of the island of Brač. Bol was in the past home of wine-growers, fishermen, and sailors.

Its white beaches attract, particularly Zlatni rat Beach, because of their vastness and beauty. Zlatni rat beach stretches almost vertically into the sea, changing its shape and location depending on the winds. Its elegance and allure have made it the symbol of both the island and coastal Croatia.

Wine tasting at Stina winery, dinner at Taverna Riva on Brač. The approximate distance of 3 hours. 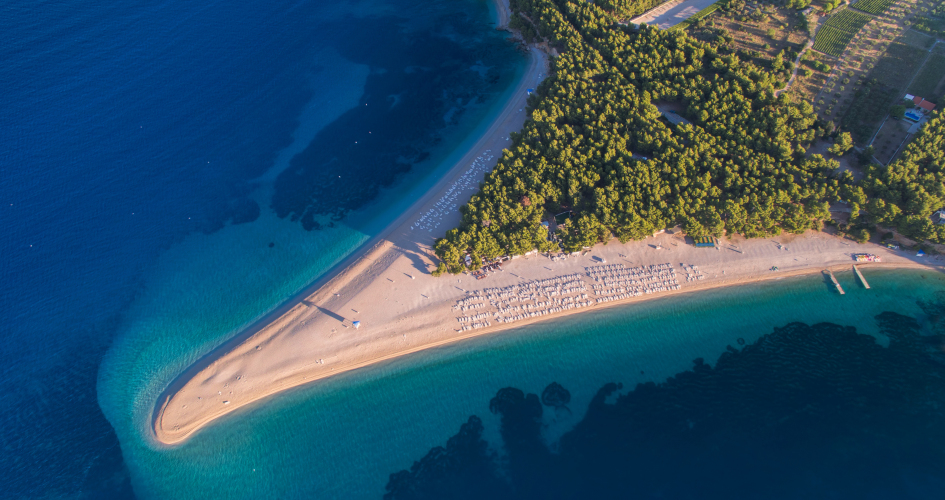 Šešula is an indented bay near Maslinica on the island of Šolta. Šešula is a real nautical treasure. Its natural relief is such that it can protect boats from the northern wind ‘bura’ and the southern wind ‘jugo’, which makes it one of the most favorite bays in the Central Dalmatian archipelago. 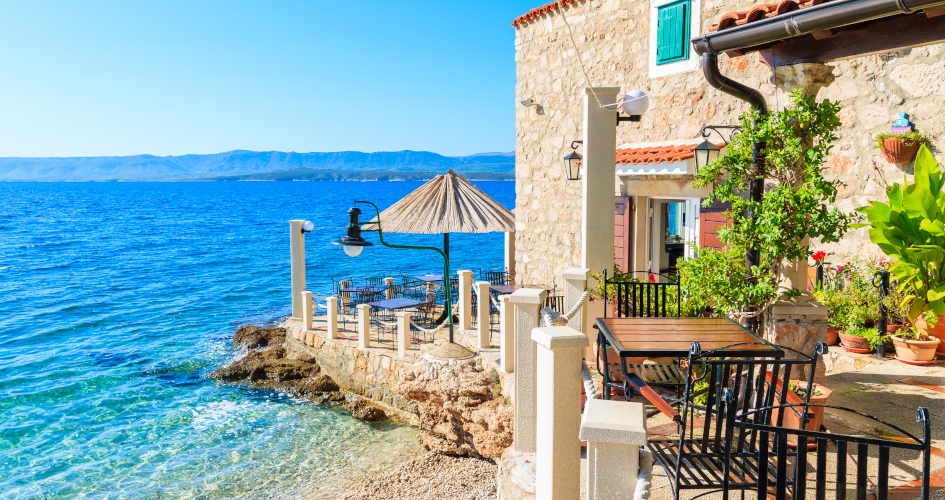 Sailing back to the homeport and dinner at a local restaurant. The approximate distance of 2-3 hours. 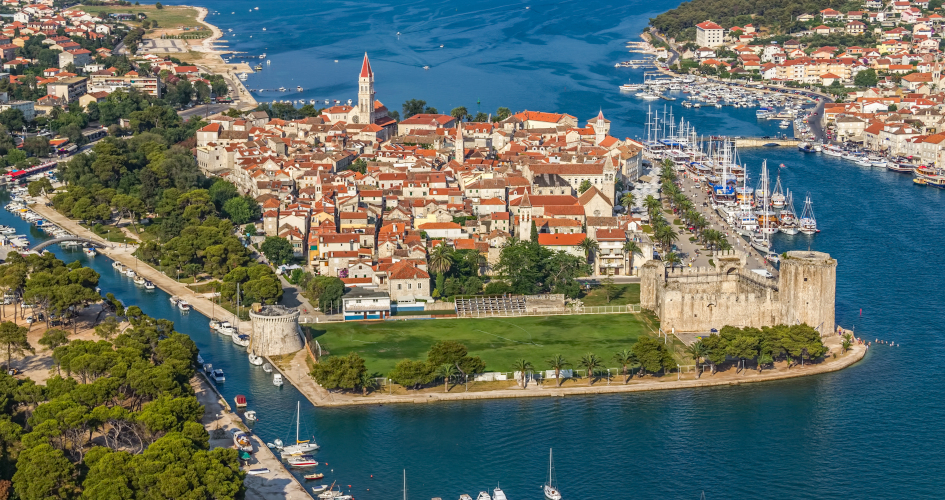 You can’t buy happiness…BUT YOU CAN BUY WINE… and that’s almost the same thing!