Sailing around Lastovo island and its archipelago

Lastovo is the most remote inhabited Croatian island. Mostly included in the sailing itinerary when sailing from Dubrovnik. Lastovo has a surface of 46,87 km² and the population of the island is around 800. It is the youngest Croatian Nature Park.

The island of bright stars 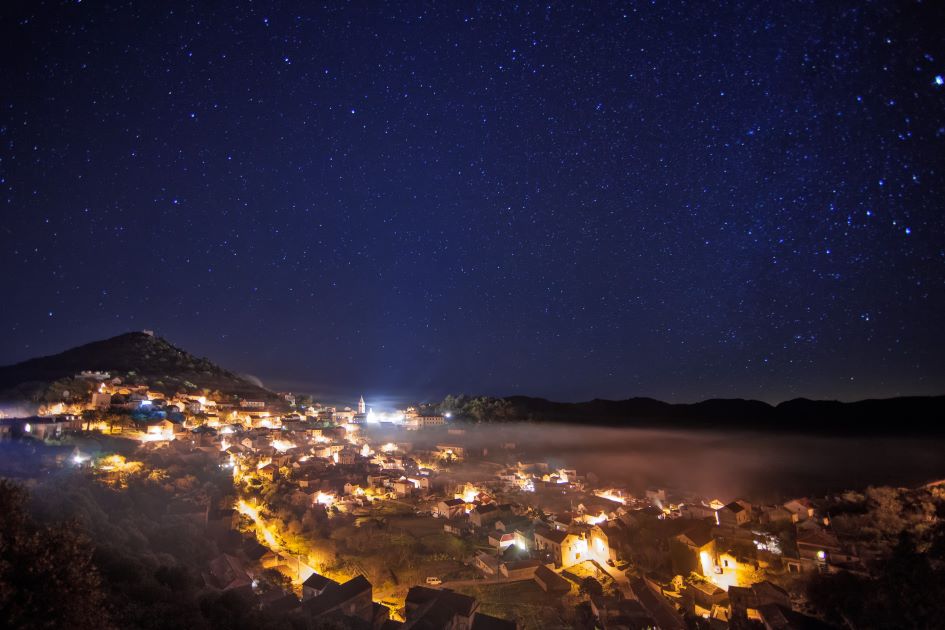 Lastovo is called the imperial Island, the island of dreamlike beauty, preserved landscape, and a unique Carnival tradition. Lastovo abounds in many cultural assets, both tangible and intangible, which testify to its rich past.

On the island of Lastovo, the isle of Emperor, for centuries, the kings and the emperors enjoyed olive oil and aromas of medical herbs.

One of the most interesting assets are the chimneys. On the island, dominant specific family houses dating back to the 15th and 16th centuries. Each house carries a trademark, a richly embellished "fumar" (chimney). Even since Dubrovnik Republic times, people from Lastovo competed, whose "fumar" would be better, bigger, different. 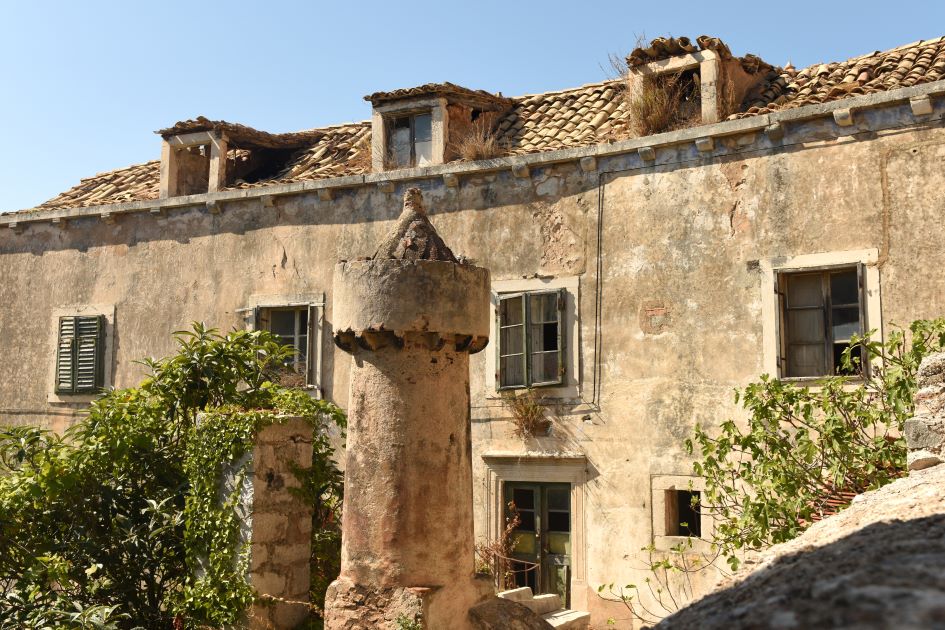 Lastovo old town is located under high peaks, which form the base of the amphitheatrically shaped settlement. The town consists of medieval family houses full of character dating from the 15th and 16th centuries. Each home is featured with Lastovo's famous trademark chimneys known as Fumari.

Some houses also feature terraces called Sulari, which give a beautiful view of each side of the town. Stone steps or Skalinade branch through the houses and lead to the main church and center.

Due to defensive reasons, Lastovo was exposed to attacks by pirates and invaders from the sea in the past. To protect the population, a settlement was built on the top of the hill and its inner slopes. 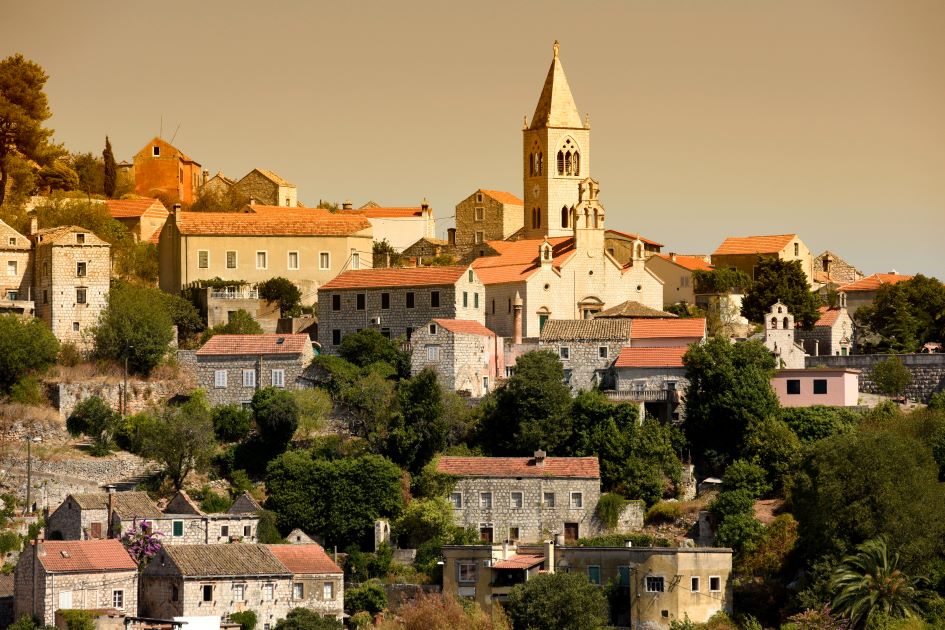 Because of its beautiful bays, pristine shores, and lush vegetation, it is an ideal destination for seafarers. There are several small ports and coastal villages on the island: Pasadur, Ubli, Lučica, Skrivena Luka, Zaklopatica.

Lučica Bay is a protected historical site with a charming atmosphere. It was initially a fishing village, with 30 houses used for storing fishing equipment. The bay is encompassed by a beautiful stone promenade which provides a panorama view of Korčula, and given its size, it only allows for smaller boats to enter.

Lučica has become a hit among traveling families,  with its easy access to the sea – ideal for smaller children – and shade or sunshine options depending on one's preference. Lučica is an easy location to reach on foot or by car, just 1 kilometer from the center of the island. 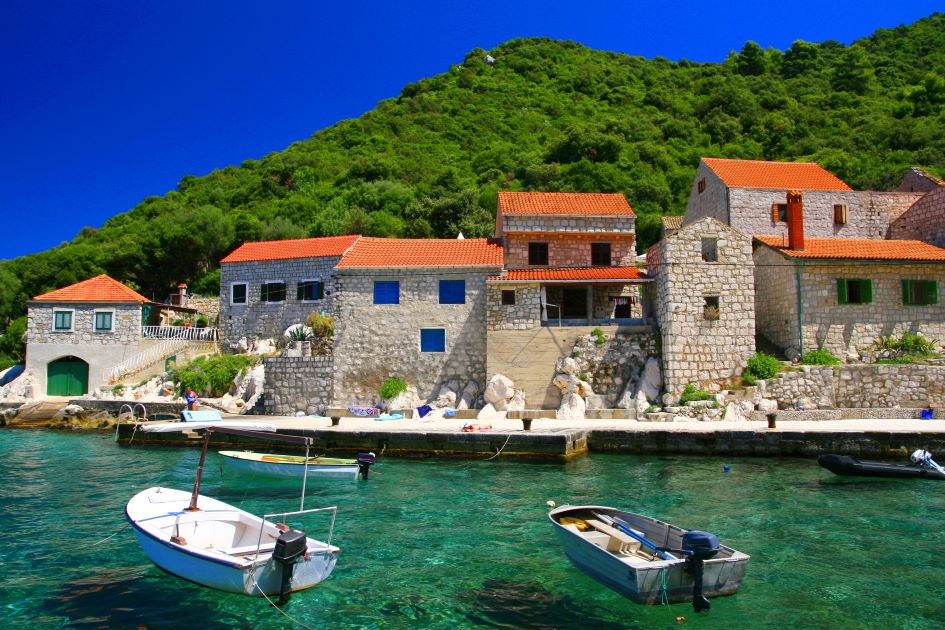 The safest anchorage bays are Skrivena Luka on the south side, Velo Lago on the west, and Zaklopatica on the north of the island.

Zaklopatica bay is located on the north coast of the island, just 2,5 km from the center of the island. Thanks to its excellent location, excellent gastronomic offer, and facilities for boaters, Zaklopatica is one of the most popular sailing destinations in this part of the Adriatic.

Zaklopatica offers a breathtaking view of the neighboring island Korčula.  Here you can enjoy sunbathing, swimming and leisurely walks. 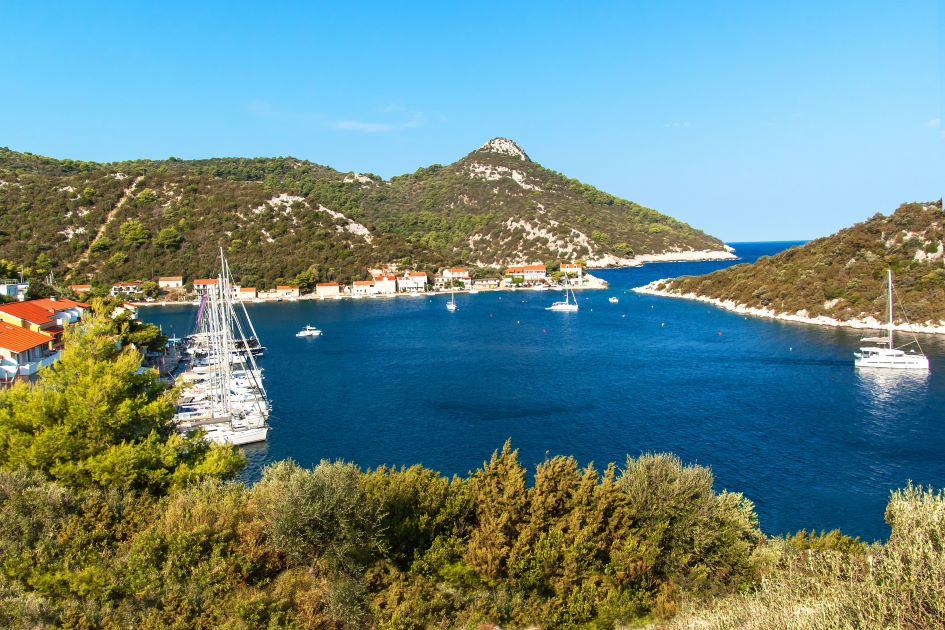 One of the Lastovo`s largest and most beautiful bays is Skrivena Luka, located on the island`s southern coast.
As its name reveals, is ‘a hidden bay’, exceptionally attractive for its private and somewhat secret location which cannot be directly seen from the open sea.

On the west side of the bay is a small nautical center Porto Rosso, which has a marina, restaurant, cocktail bar. Boaters also have access to a sanitary area with showers. They also provide laundry, drying, and ironing services. The berth must be booked in advance. 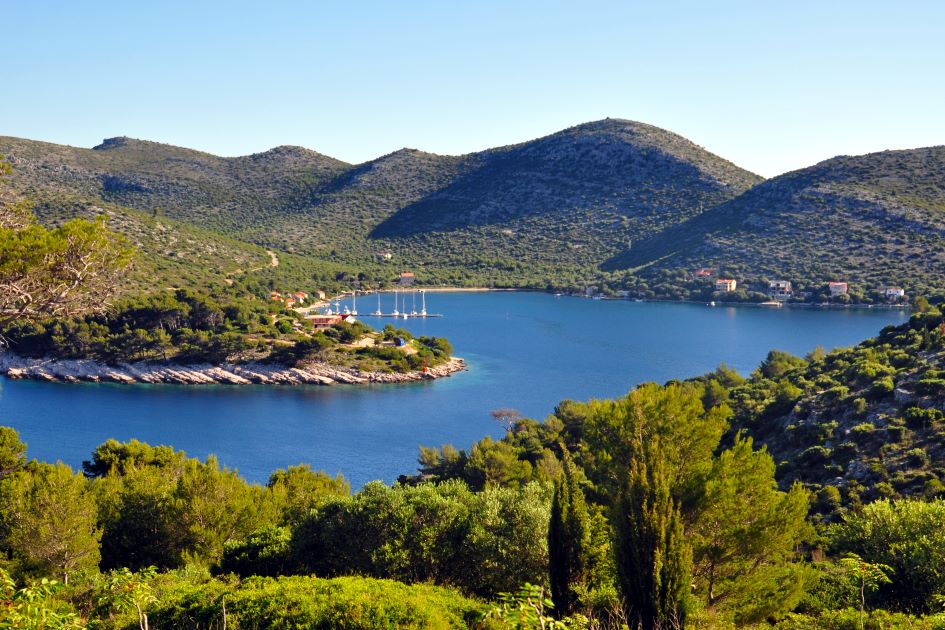 In the middle of the south side of the island of Lastovo, at the sea entrance to the bay Skrivena Luka, there is Cape Struga, where the lighthouse of the same name was built in 1839. Due to its distance from the shore, it seems lonely, so it seems as if it is immersed in the blue of the sky and the open sea. The lighthouse is located at an altitude of 90 m, on the edge of a steep cliff with a beautiful view of the open sea.

Beautiful viewpoints and easy access to the sea through the pine forest on the north side of the lighthouse make this location very attractive. 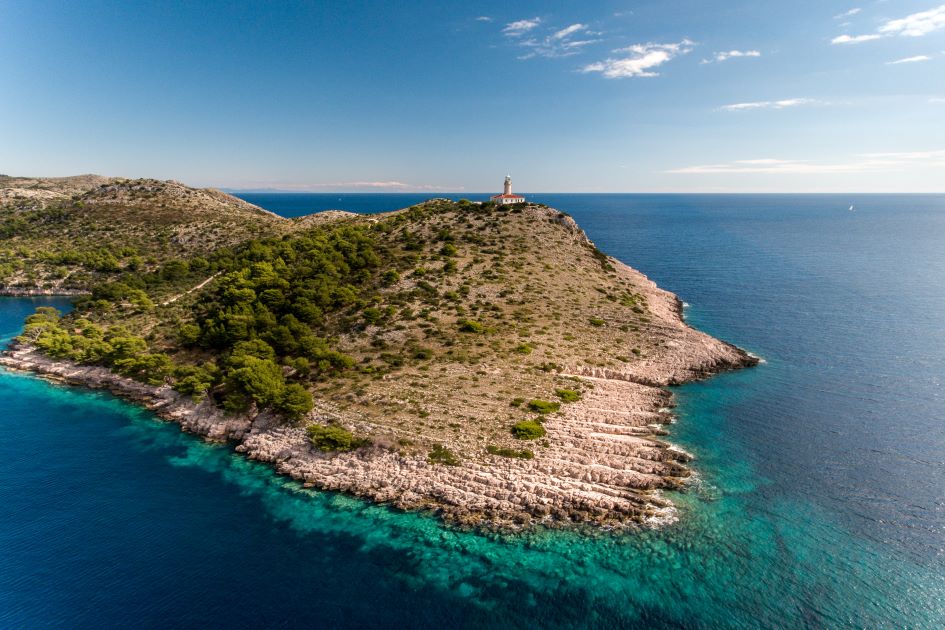 Sailing through the Lastovo archipelago, you can enjoy visiting the beautiful lighthouses on the islands of Glavato and Sušac.

Pasadur is a nice bay located on the western side of the island. It is connected with the neighboring islets Prežba by a stone bridge. Pasadur is favorite sailors' destination because of its position offering safe mooring and anchoring. Visitors can enjoy long walks along with its promenade.

Pasadur is located only 3 kilometers away from the ferry port Ubli. 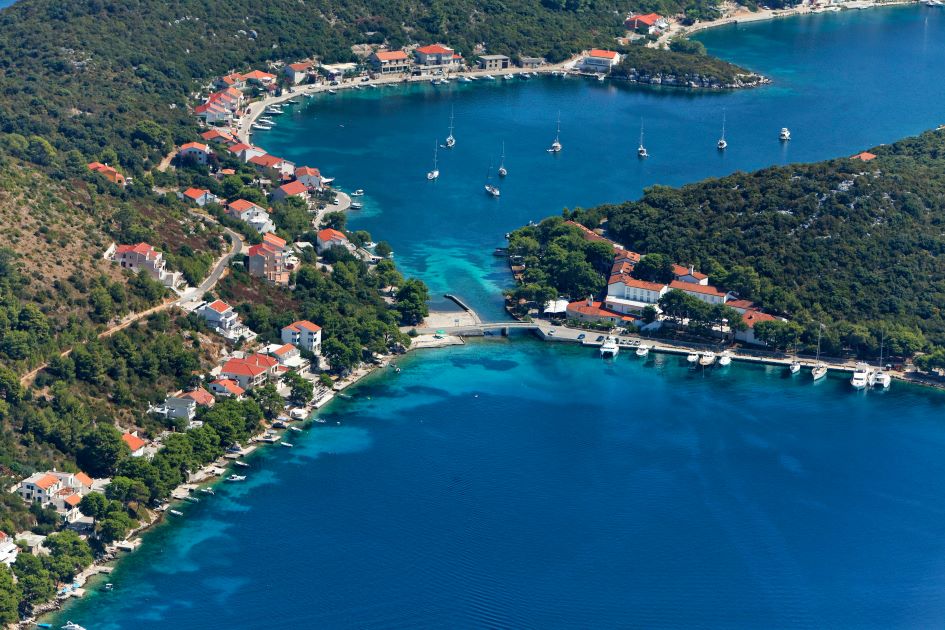 If you want to dive into the exotic paradise of sandy beaches, sail to the islets of Kopište and Saplun. Do not miss the isles of the Lastovo archipelago called Lastovnjaci, islands Mrčar and Sušac.

Diving is possible only with the diving crew of the allowed diving centers on Lastovo – "Ankora" and "Diving paradise". 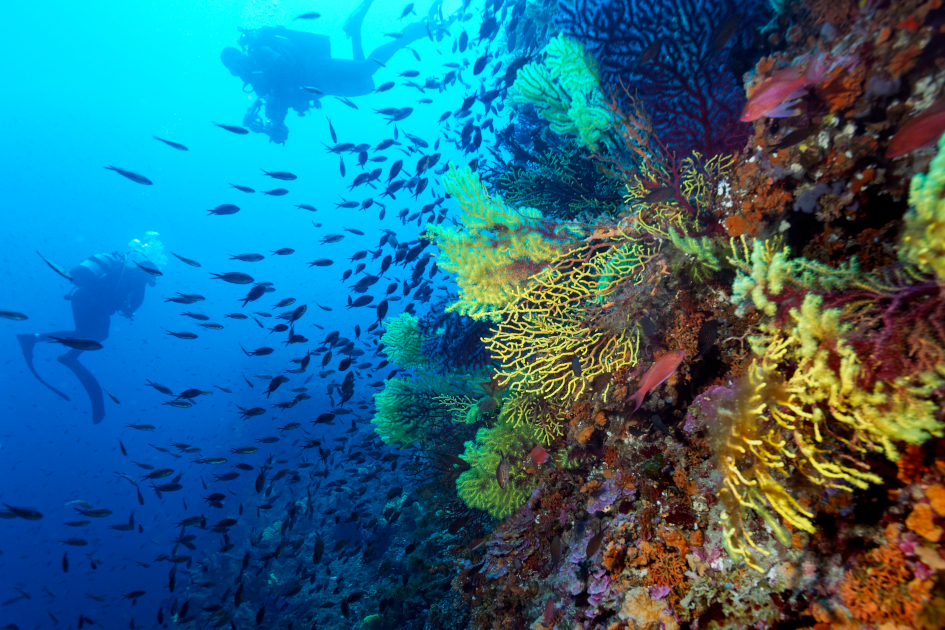