Sailing around the magical Elaphiti islands

The first stop on the sailing route from Dubrovnik is a small group of Elaphiti islands. The Elaphites is a small archipelago comprising several islands stretching the NW of Dubrovnik. They have a total land area of around 30 km2 and a population of 850 people. Only three islands of this group are inhabited: Šipan, Lopud, and Koločep.

Although deer no longer live on them today, the islands owe their name to them. The name comes from the Ancient Greek word for deer – elaphos.

The closest island to Dubrovnik is Koločep island, just 2 NM away. It is the smallest island in the Elaphite Archipelago, with a surface area of 2.35 km2 and a population of around 160 people. There are two settlements on the island, Gornje Čelo, and Donje Čelo. These settlements are situated in the largest bays and connected by a 3km long swerving promenade. 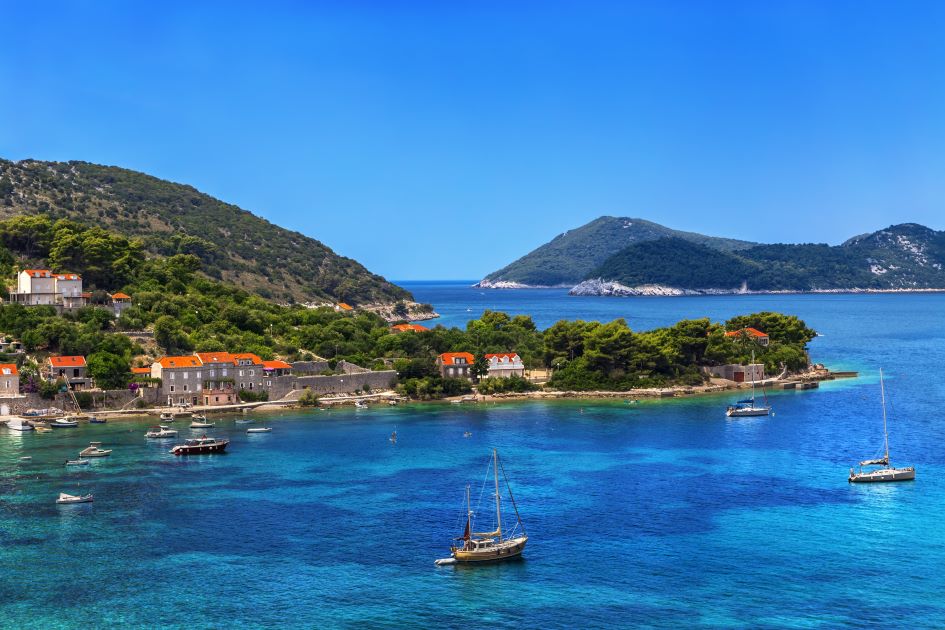 Thick pine tree forest covers the east and west parts of the island and descends to the surface of the sea.

While sailing around Koločep, you can explore many hidden coves and the Blue Cave inside which you can swim. Sports and recreation lovers can enjoy the cycling and jogging trails that follow the coastline, scuba diving, snorkeling, surfing, kayaking, beach volleyball, and badminton. 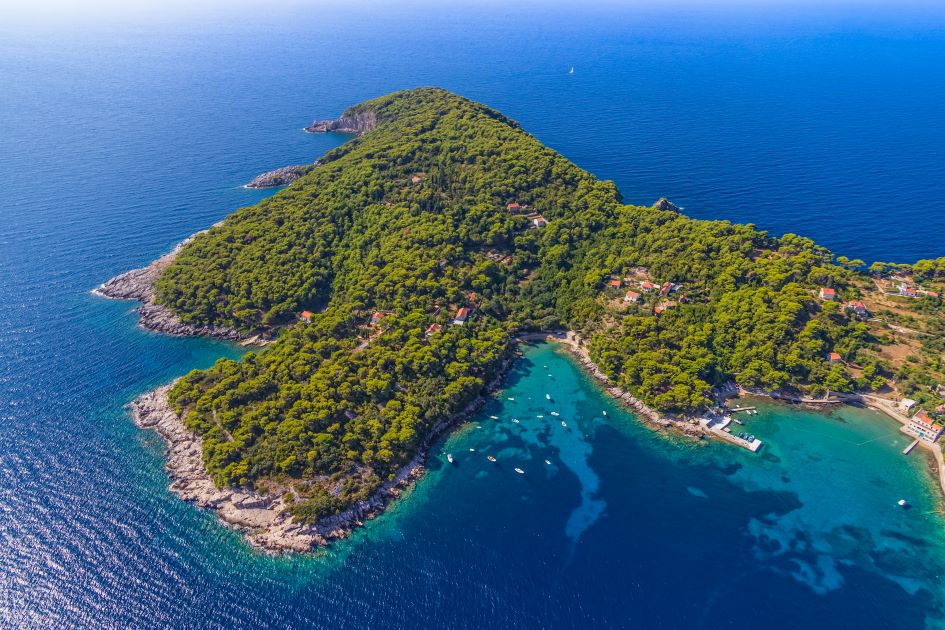 Lopud island with a surface of 4.5 km2 is the 2nd island by size in the Elaphiti group.  It is full of the Mediterranean and subtropical vegetation, amazing cypress, and pine parks, and citrus gardens. Its beauty and uniqueness are inversely proportional to its size. Since no cars are allowed on the Island, it makes it a natural paradise where you can truly unwind and relax while exploring its superb ambiance.

The main settlement on the island is the port of Lopud, which is regularly served by Jadrolinija ferry lines.

Lopud island has a long and interesting history. Numerous remains of Greek, Roman, and Slavic buildings, more than 30 remains of pre-Romanesque chapels and churches, a vast number of Dubrovnik aristocracy summer manors, and several monasteries can be found nowadays. 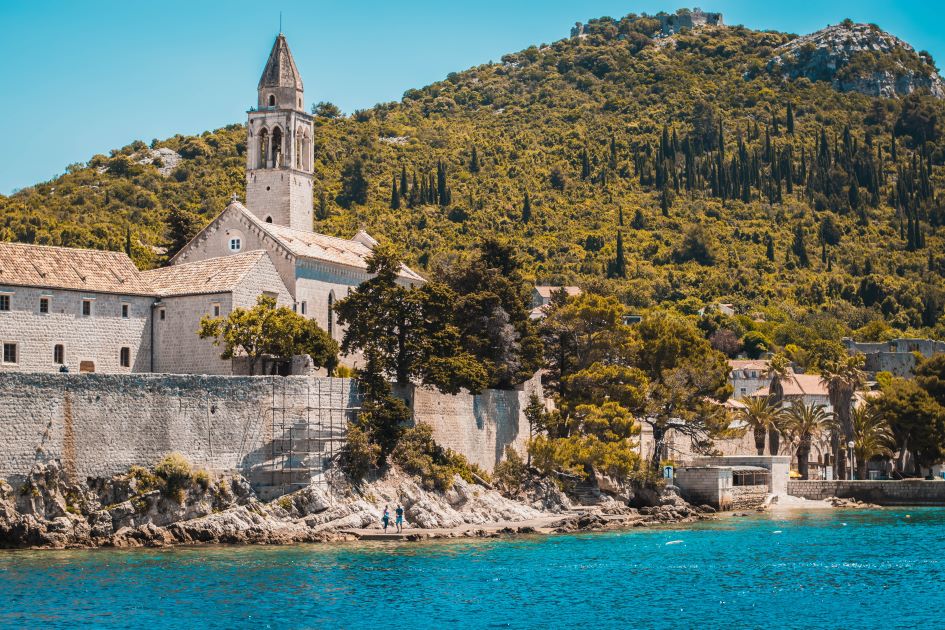 The island is famous for its sandy beaches, of which the most popular is in the bay of Šunj. Spreading across the bay, with knee-deep water reaching as far as 100 meters (300 feet), it is ideal for children and playing all sorts of water sports, mainly picigin, the favorite summer activity of many Croatians. 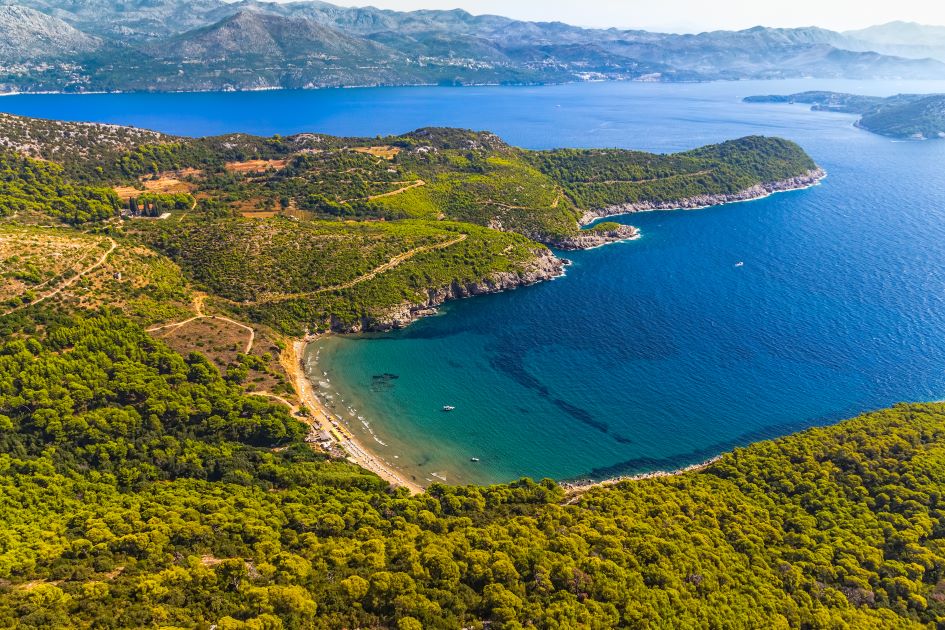 Šipan Island is the largest of the Elaphiti Islands, 11 NM NW of Dubrovnik. Island has a surface area of 16.22 km² and a population of around 400 people. It is separated from the mainland by the Koločep Channel, and its neighbors are islands Jakljan, Lopud, Olipa, and Mljet.

On the islands are two bigger settlements, Suđurađ and Šipanska Luka ( port). The road, which goes through the fertile Šipan field, connects these to places. On the slopes of Šipan field there are many summer houses, and in the middle centuries-old renaissance, baroque churches.

The island is full of beautiful beaches. The clean sea, brilliant food, especially the seafood specialties, attract visitors who are in search of a quiet and relaxing vacation. In restaurant Bowa, which is in Suđurađ, you can taste exquisite Mediterranean gourmet specialties. 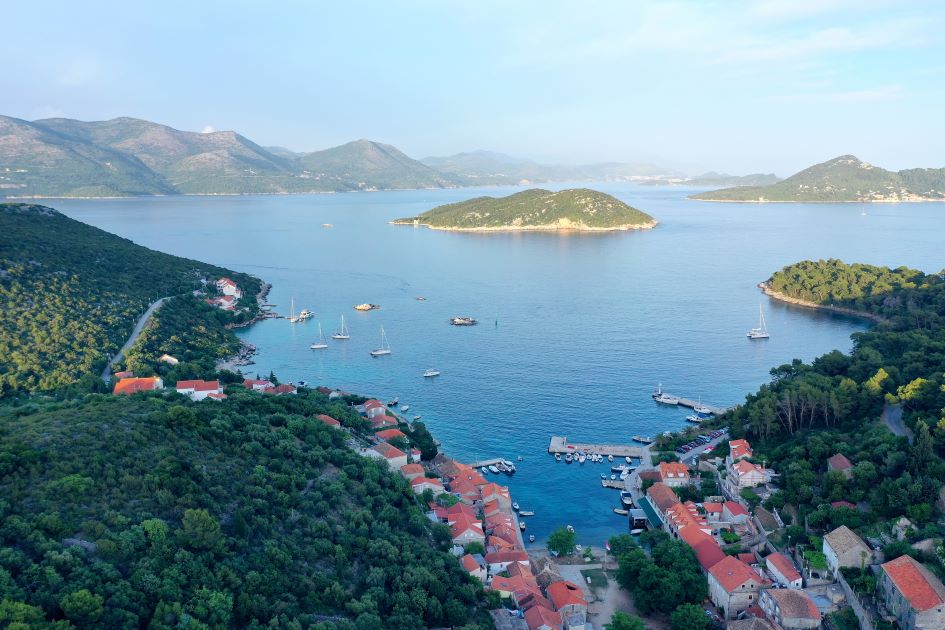 Šipanka Luka is the safest harbor on the Elaphiti islands, except in stormy and tramontane conditions. 40 m long city pier provides ten berths with moorings and water. With an extra charge, you can get electricity from private houses. City promenade offers as well ten mooring berths with water and electricity. Anchoring is allowed in the entire bay, but not recommended in unstable weather. It is important to leave enough maneuvering space for the passenger ship, which comes in the evening hours and at night on the inner side of the city pier.

If you are spending holidays in the Dubrovnik area, Elaphites are the ideal destination for daily tours by boat. 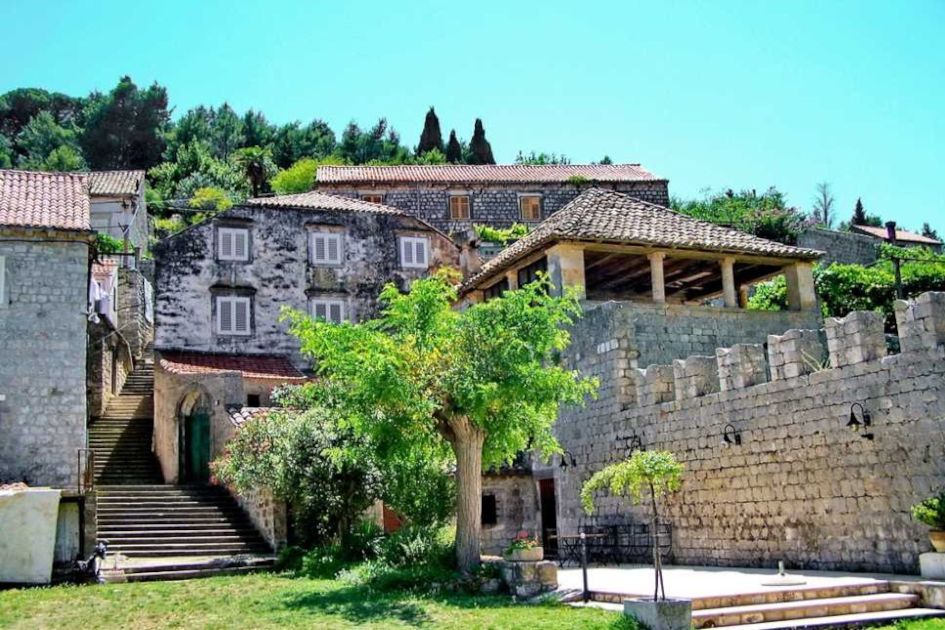