Šolta is an island in Split archipelago, 9 NM southwest from Split, west from island Brac, and east of the Drvenik island. The Island of Šolta covers the surface of 58.98 km² and has a population of around 1700.

Although Šolta may not be well known as its neighbor island Brač or Hvar, it is worth visiting. Many pebble beaches are surrounded by the shade of dense pine forest are ideal for families with children and adventurers who want to explore its many hidden coves. Exploring this paradise, you will come across traces of the Roman past. Šolta is an island of olive groves and vineyards.

Several smaller villages and settlements are on the island. The most attractive places among the seafarers are on the northern coast, Stomorska, Nečujam, and Rogač. On the western coast of the island, in Maslinica, is a beautiful and modern marina with a luxury hotel, Martinis Marchi Marina.

Stomorska, a village cosily nested in the north-eastern part of the island, is 12 km away from the main port of Rogač. It is known for its fishing and maritime tradition and as such has greatly contributed to the development of the island.

Although fishing today is more of a hobby than a profession, the love of the sea is felt in all the pores of everyday life of the inhabitants.

The place is a perfect blend of the old stone houses, sailing boats and ‘kaići’ (small wooden fishing boats) docked only a few metres away, Dalmatian taverns and modern cafes. Stomorska is a place where you can experience a true Mediterranean way of life, slowly and relaxed. 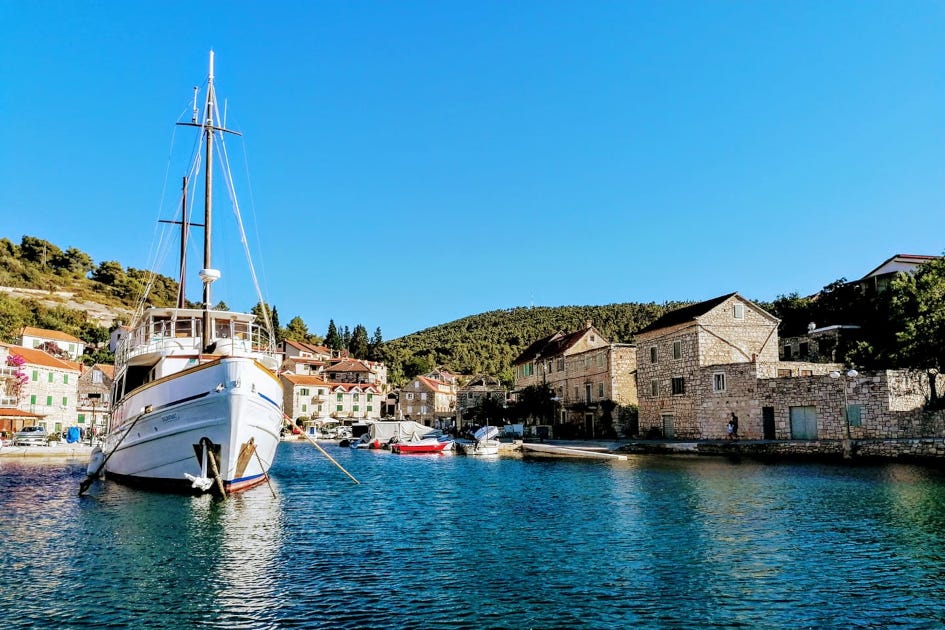 Caesar Diocletian who lived in his palace in Split had been using the smallest bay as his fish bond in 4th century. That’s way this bay nowadays has name Piškera, in Italian pescare means fishing, and the remains are still there at the bottom of the sea.

Nečujam`s innermost cove hides an old shipwreck. An old sailing boat that sank a decade ago is a perfect snorkeling spot as it lays only two meters under the water. 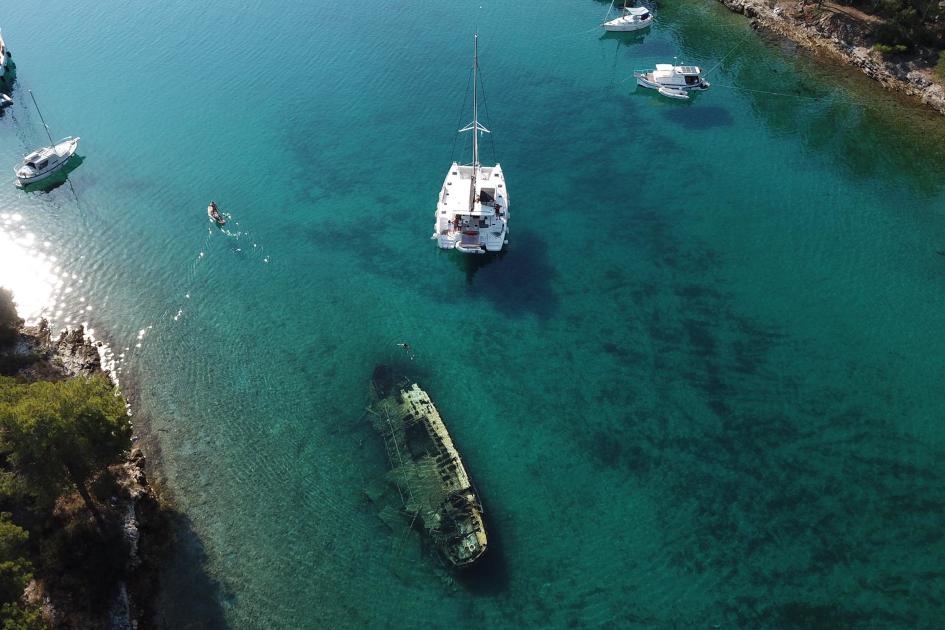 Rogač is the main port on the island Šolta and it is actually the combination of three smaller bays : Kasjun, Banja and Rogač. Thanks to its beautiful nature, beaches, position, and excellent transport connections, Rogač has become a destination in itself.

After morning coffee and the rush during ferry peak hours, you can visit the farmers’ market in Grohote which is located only two kilometers from Rogač. It is an ideal choice if you wish to explore the entire island and be surrounded by exquisite beaches with crystal clear sea, nature, peace and quiet.

Furthermore, from Marina in Rogač you can start your sailing vacation in Croatia, by hiring a charter vessel, sailboat or catamaran. 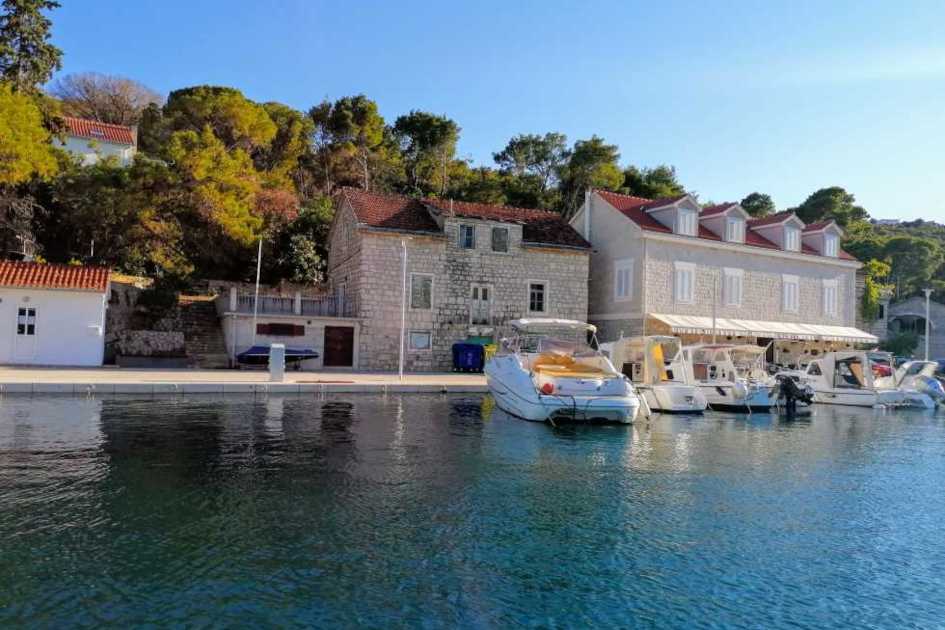 Maslinica Bay is in the west of the island of Solta, hidden by islets that give it a special charm. The westernmost is the largest island, Stipanska, where the remains of a Benedictine monastery and an early Christian basilica from the 5th century can still be seen today.

Traditionally an old fishing village, Maslinica is also known for the Martinis Marchi castle on the south side of the bay, built by the Alberti family in 1708. The castle has been renovated as a modern hotel with a luxury marina and a mooring for 40 boats.

Around this baroque castle the fishing village with a picturesque stone houses was built. The inhabitants were mainly engaged in fishing and agriculture, while nowadays they are turning more and more towards hospitality.

The old part of the place, in side the bay, is adorned with stone houses, and along the waterfront there are excellent restaurants that always offer fresh fish and traditional specialties.

For kayakers interesting is a ride around seven islands in front of Maslinica or to nearby beautiful bays, and for bikers or joggers there are hills around the olive groves, with both mild and steep slopes, or riding the paved roads to the old villages in the interior of the island.

In Maslinica you will experience the most beautiful sunsets on the island. 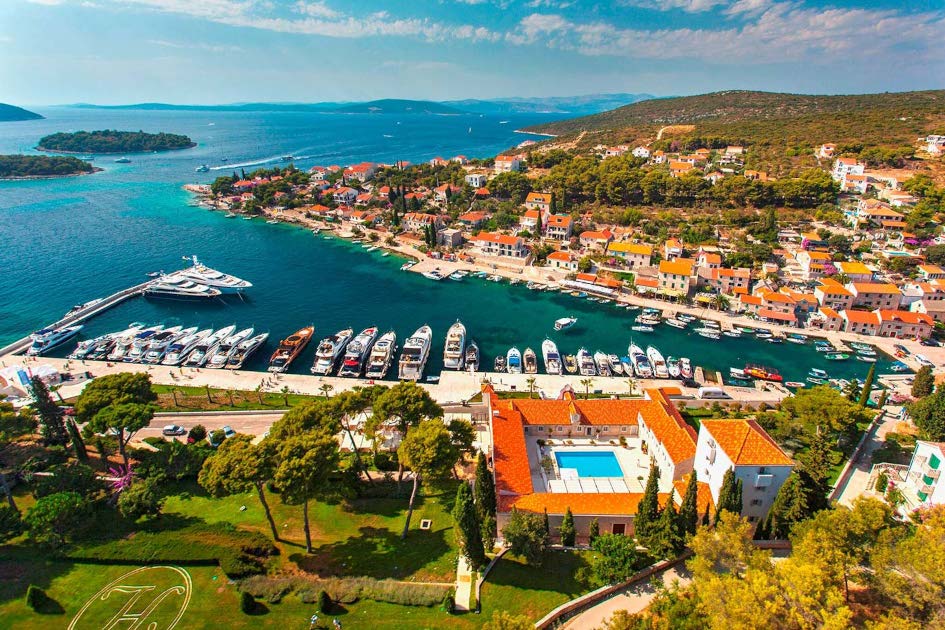 this indented bay in the immediate vicinity of Maslinica is a true nautical treasure. Its natural relief is such that it can protect boats from the northern wind ‘bura’ and the southern wind ‘jugo’. These facts make it one of the most favourite bays in the Central Dalmatian archipelago.

At the edge of the bay during high and low season there two restaurants with a great variety of fish, Šešula and Šišmiš. 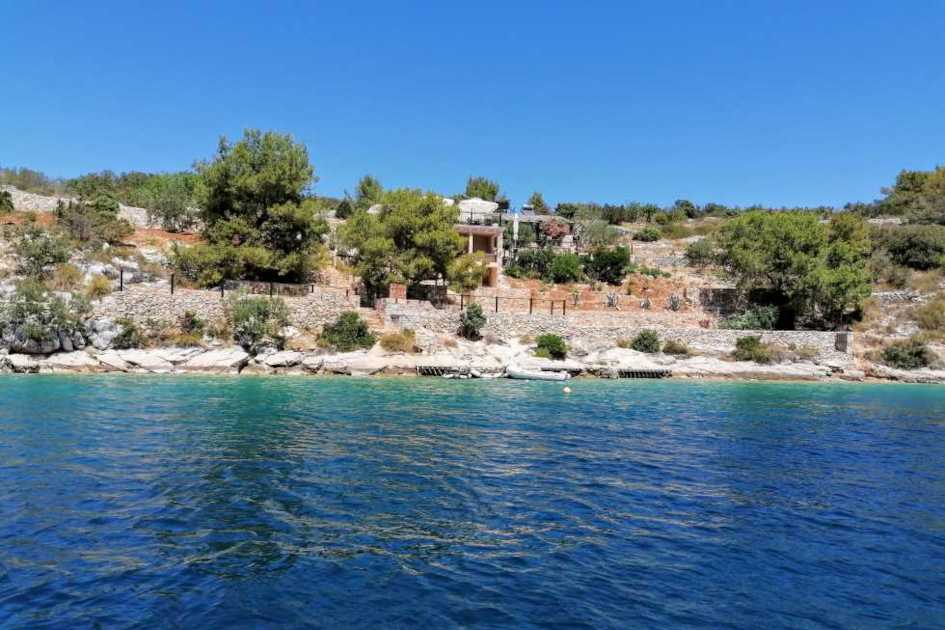 On the southern side of the island is a beautiful secret bay, Tatinja bay – Lonely Paradise. Tatinja bay is a great choice for a day spent on the anchor and tasting the best, traditional "Peka" dish.

Island Šolta will fascinate you with its scents and flavors. Excellent wines, liquid gold of the island – olive oil, honey of Šolta, carob cake are a must-try when on Šolta. Contact us, and we will organize a private boat trip from Trogir or Split.

What you can expect is a perfectly spent day, swimming in crystal clear sea of Šolta bays and tasting the best olive oil and wine.

If you would like to visit the island on your own, you can take the ferry from Split to Rogač. Here you can check the ferry schedule. 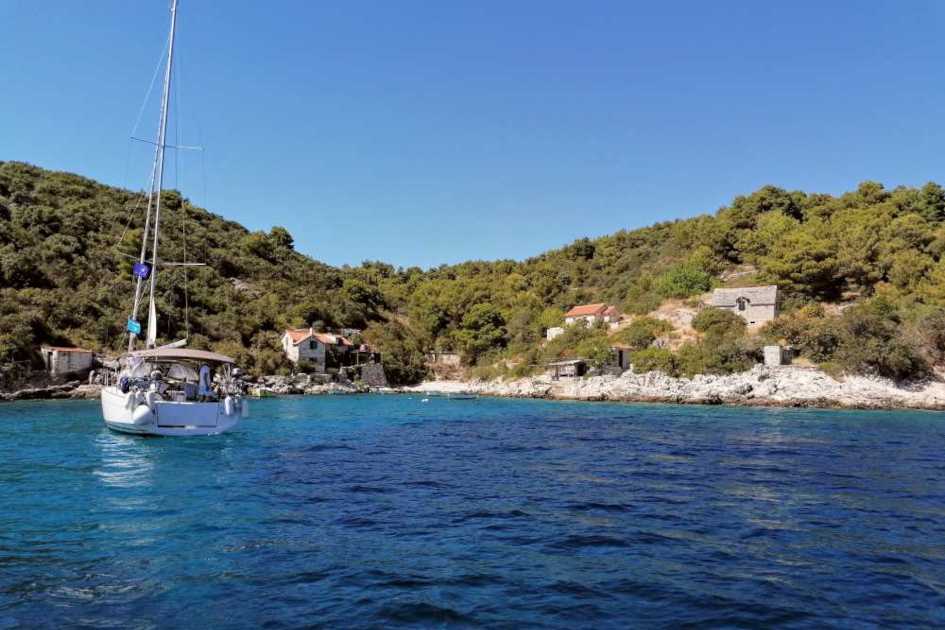