Molat island is the 5th biggest inhabited island in the Zadar Archipelago, region of North Dalmatia. The NE coast is indented by numerous bays, while the SW is hardly indented and steep. The island has an everyday ferry connection with Zadar.

There are three villages on the island: Molat, Brgulje and Zapuntel. A very narrow road, where two vehicles can barely pass, connects these villages.

The port of Molat is a quiet harbour, on the SW coast, with a waterfront and a ferry port. There are around 30 moorings with power and water supply and toilets/showers. The harbour is well protected but still a bit dangerous during wind from W and SW. Pay attention when the ferry arrives. You can find a tavern, a pizzeria, and a greengrocer in the port. Up in the village, there is a market and bakery. 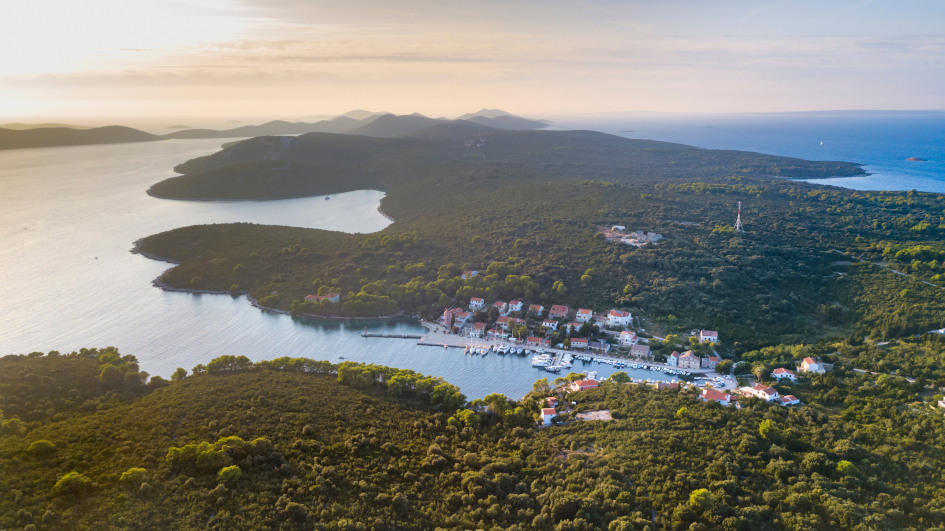 Zapuntel is a lovely little harbour located in a passage between islands Ist and Molat. The harbour is situated on NW end of Molat Island, facing the island Ist and another anchorage in Mljake Bay right across the passage. Zapuntel is well protected from winds from all directions, except Bora, which tends to produce a nasty swell in the bay. The harbour has a L-shapped pier with a few moorings but no water and power supply. There are two restaurants and a small shop.

In case you don’t find a free spot in Zapuntel, there are two more bays, Jazi and Brgulj bay, on the island's SW coast.

Jazi is the eastern port of Molat, exposed to north and northeast winds. Food and water supply is possible in limited quantities.

The whole bay is shallow. There are two small piers below the houses, and the depths next to them are from 0.8 to 1.4 m. Anchorage S from the islet Tovarnjak at a depth of about 15 m. The sandy bottom holds well.

Brgulj Bay on the southwest coast, with its eastern bays Lučina, Podgarbe, and Luka, is the best natural shelter for boats in this part of the Adriatic. It is almost a mandatory stop for yachts and sailboats cruising this area. In Lucina, you can get food and water, and there are a post office and a restaurant.

Molat island is a sailing destination for lovers of absolute peace who want to spend a vacation away from any crowds. 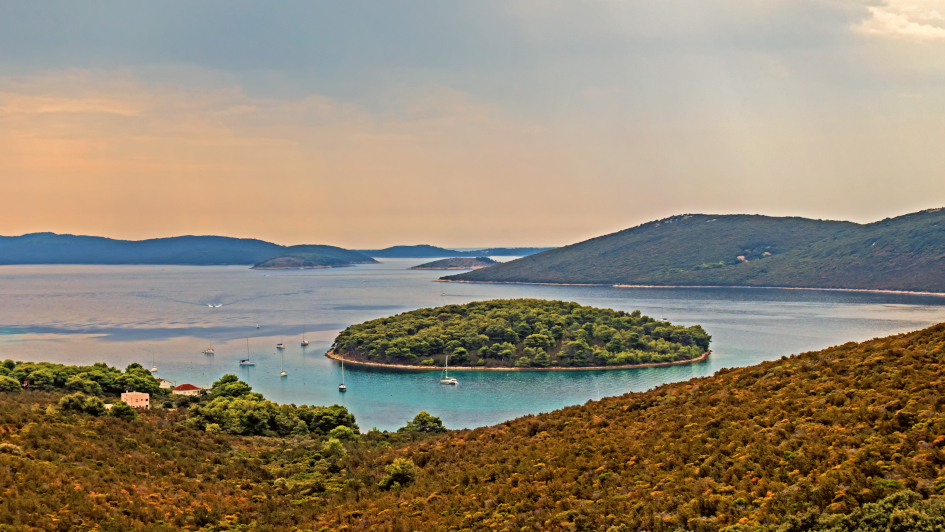