Biševo is the most remote inhabited Croatian island in the middle of the Split archipelago, 2.5 NM SW of the island of Vis. It has a surface of 5.92 m2 and a population of 19.

Archaeological findings confirm that the island has been inhabited since prehistoric times, during ancient Greek and ancient Roman times.

There is no water and electricity supply on the island; rainwater is the primary source of water on the island.

The coast is specific by mostly high cliffs, while in several coves you can enjoy the beautiful beaches. The most popular sandy beach is in Porat and pebble beach Salbunora in Mezuporat.

A boat line is the only connection with Vis island. 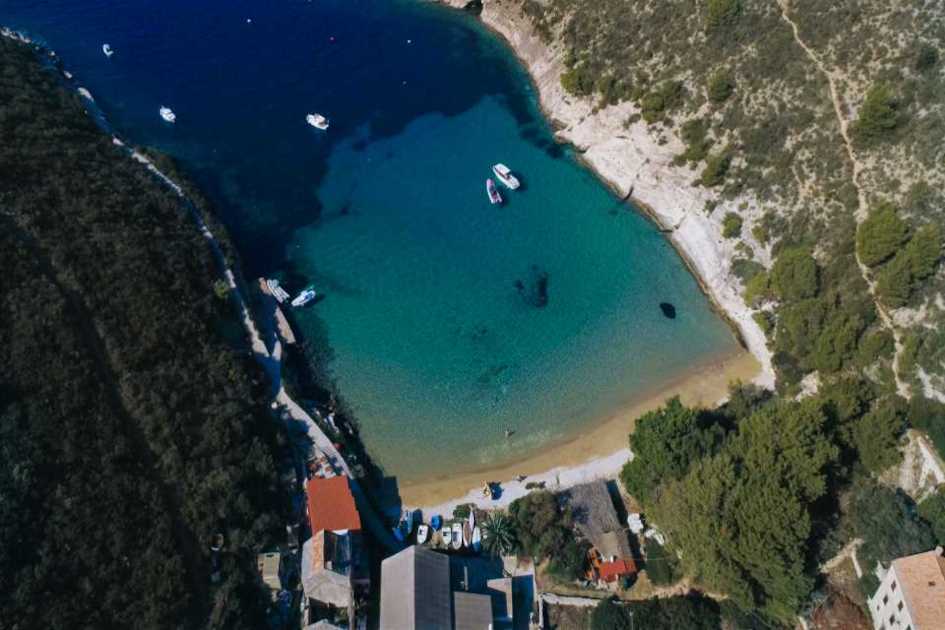 Modra or Biševska cave ( Blue Cave) and Medvidina ( Monk Seal Cave) are the most famous coastal coves in the Split archipelago.

Cave Medvidina is on the southern coast of the island, below the highest peak of the island, the Straženice. Medvidina is 160 meters deep long cave that narrows down to the end where a small pebble beach is located. Mediterranean monk seal inhabited the cave, and the name comes after it. The entrance to the cave is 14 meters wide and 20 meters high.

The Blue cave is on the eastern coast of the island Biševo in the bay Balun. It comprises two halls, with a total length of 36 m.

At mid-day, through a natural opening below the sea level, the sunlight penetrates to the white rocks on the bottom and illuminate the cave walls in blue and underwater objects in a silvery color.

Local food can be tasted in several small restaurants on the island. In Mezoporat is a smaller port with 10 berths and protected from W and NW winds.

If you would like to visit this natural phenomenon, we organize Blue Cave day trip from Split and Trogir. 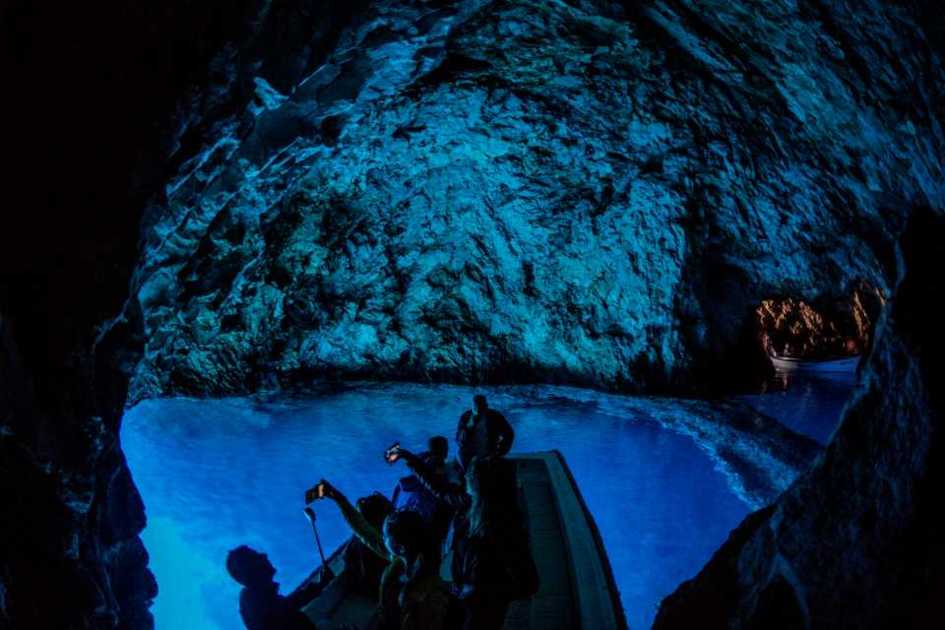