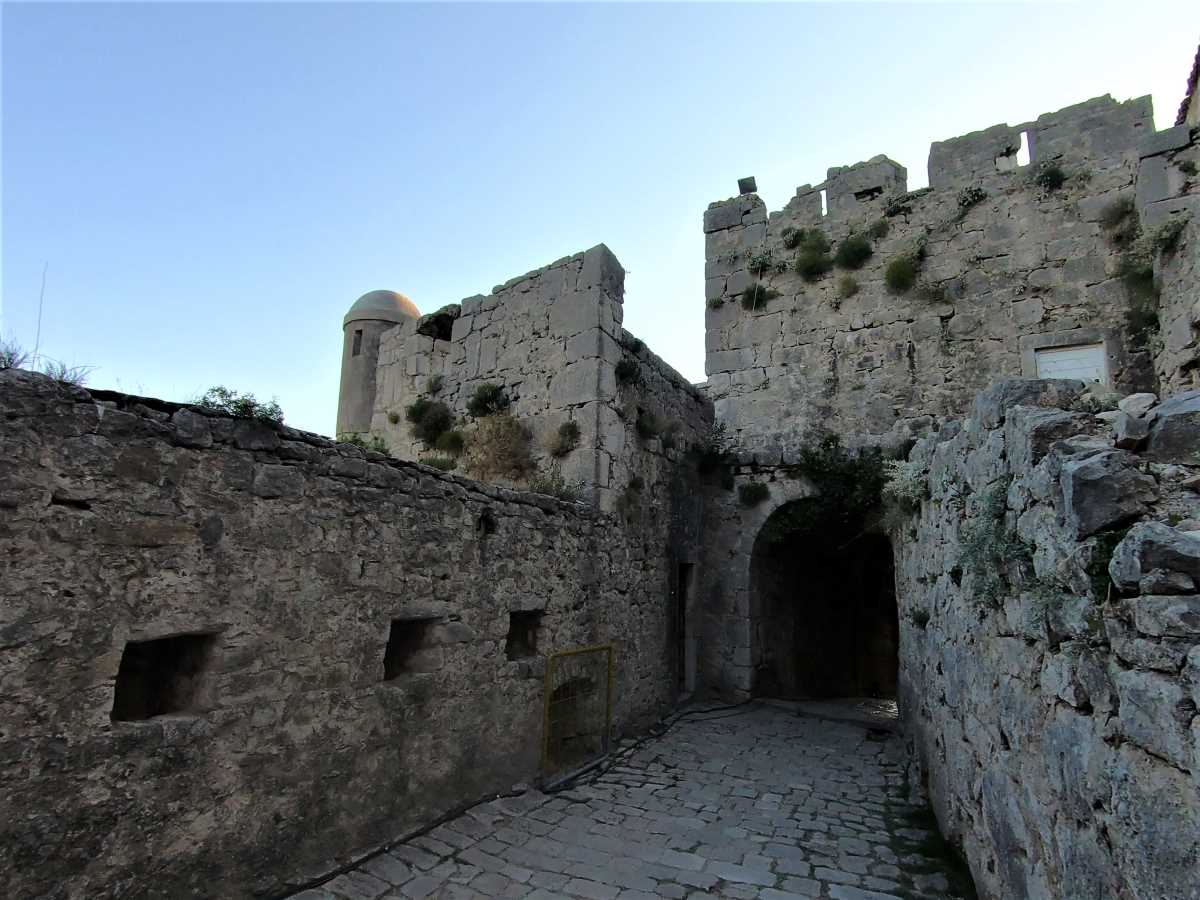 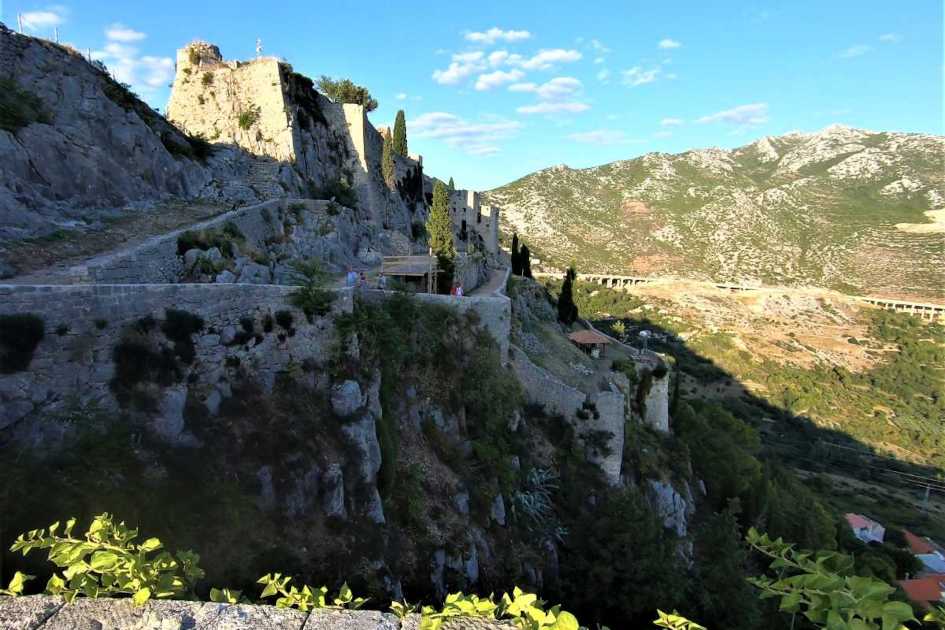 On 20 minutes driving from Split city, on the steep cliffs of the gorge between Kozjak and Mosor stands the Klis fortress, with one eye facing the sea and another facing Zagora. It was built on an extraordinary strategic location that allows military and commercial control over the whole Klis valley and the area of Salona and Split. Because of its importance, Klis was often referred to as the key to Dalmatia and the heart of the medieval Croatian kingdom.

In the late Roman period, the Roman fort of Kleis was established as a protection of Salona, the ancient metropolis of Roman Dalmatia.

The fall of the Roman Empire brought the Salona area and the Klis fortress under the rule of the Byzantine Empire in whose hands they will remain until the arrival of new conquerors from the northeast.

Klis’s greatest significance for Croatian history dates back to the 15th century when it found itself at the crossroads of the three empires – the Ottoman Empire, the Venetian Republic and the Habsburg Monarchy. Klis was the home of the Uskoks, military units that got their name because they jumped into („uskočiti“ in Croatian) the enemy territory, pillaged it and returned to their base. The leader of the Klis Uskoks was Petar Kružić, who defended the fortress with his men for more than twenty years against powerful Ottoman army. Nevertheless, with very poor help from the Habsburg ruler Klis could not resist forever, and in 1537 it fell into Turkish hands. 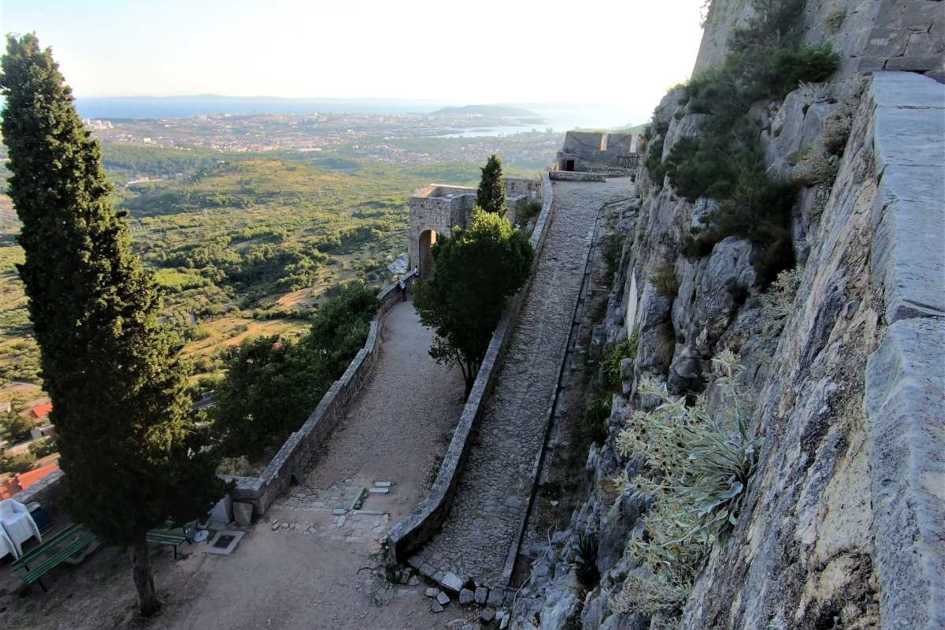 The Klis fortress rises on a cliff and is divided in two parts. The western part is lower and lies beneath the Greben hill, while the eastern part, with round tower Oprah, the most important medieval fortress of the fort is higher. The only entrance to the fortress was on the west side.

On and beneath the southwest side of the fortress there were Klis suburbs counting 100 to 200 houses, encircled by double walls. In today’s Klis fortress numerous ornamental structures have been preserved in whole or in part, mostly from Venetian and Austrian periods. 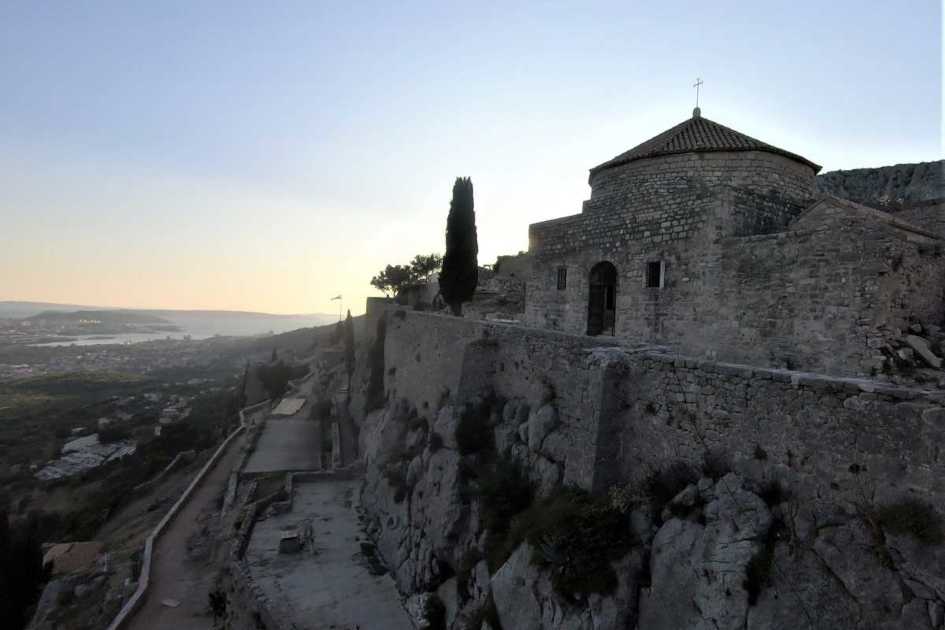 The providur’s apartment, also known as the Count’s house, was built in the middle of the 17th century. It was built on the foundations of the oldest buildings from the period of Croatian rulers and later Klis princes. The Austrians repaired this building and had a fortress command center and engineering department.

In the third defensive ring of the Klis fortress lays almost entirely preserved church of Sv. Vid. It was built by the Turks after conquering Klis in 1537 as a mosque on the site of the former old-style church.

Due to numerous subsequent constructions and renovations it is impossible to define the Klis fortress in its entirety. Obviously, this great fortress once served as a chateu, but it was also the center of regal power. Afterwards, it is obvious that its strategic and defensive value became dominant while the housing was completely neglected. The construction of the bastion and all the newer reconstructions have made this great and impressive fort a real fortress. 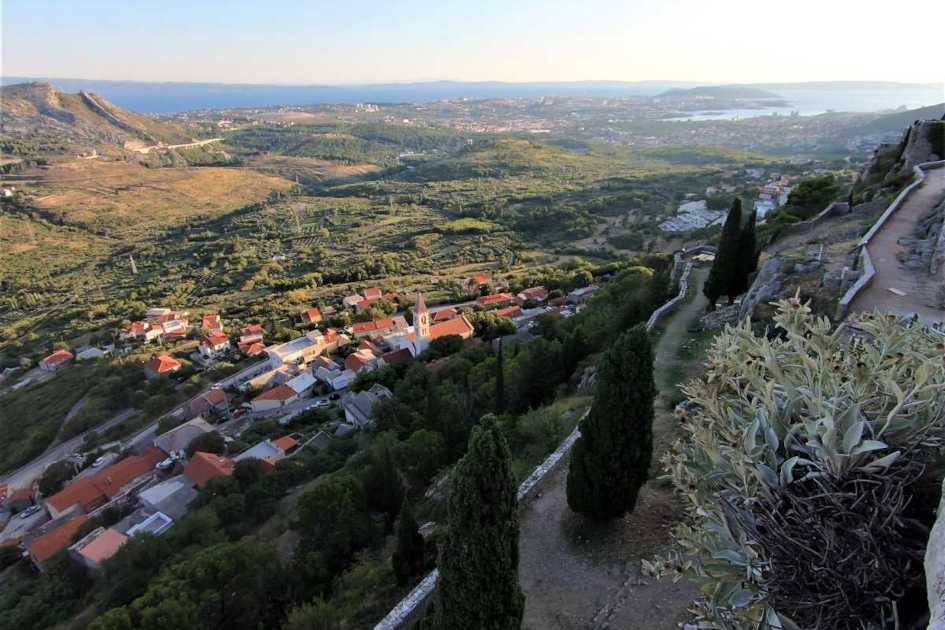 During warm summer days we suggest visit in the late afternoon. You can visit the Fortress on your own or book an organized trip with tour guide from Split or Trogir.

If you can find some time during your sailing week to visit the fortress it definitely worthy. In addition to its important historical role, the Klis fortress has gained world glory by being featured in the popular Game of Thrones series, making the pictures of the fortress visible around the world. Fans of the series certainly recognized the Croatian fortress in season 2 episode 5.