Why you should choose sailing in Croatia? 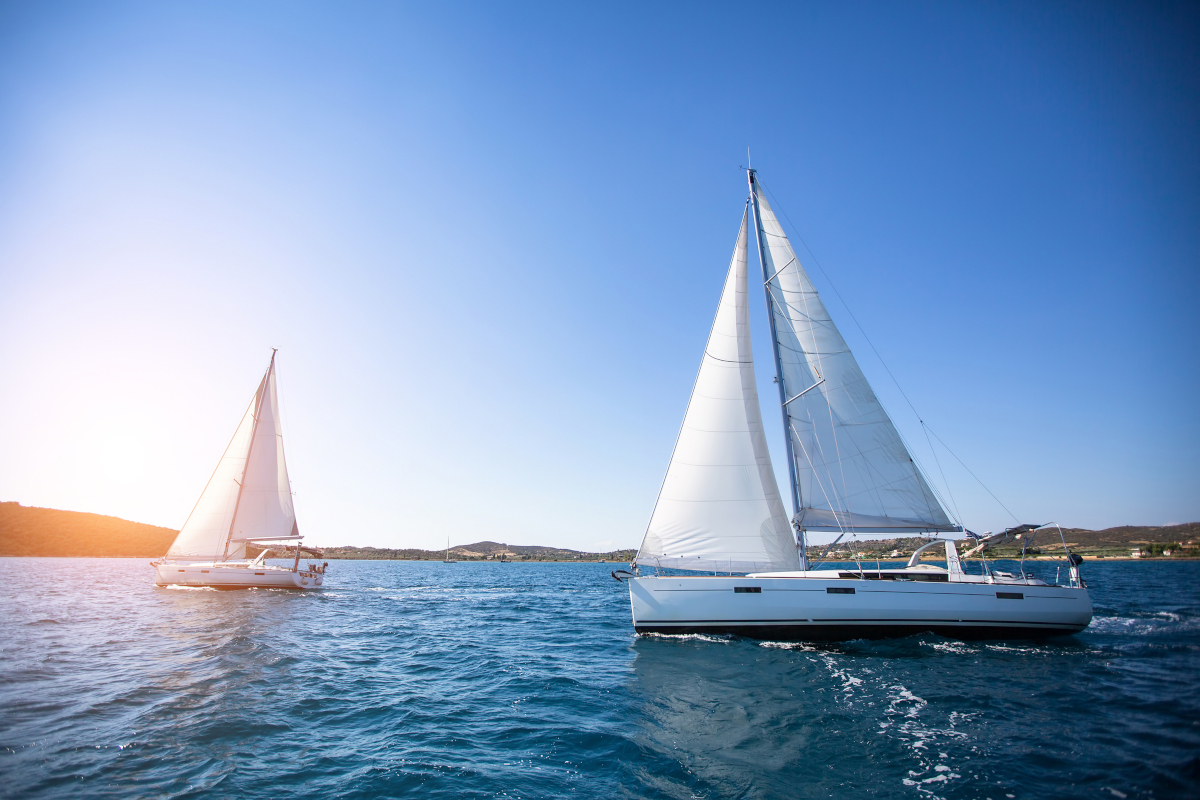 There are dozens of reasons why you should decide for sailing in Croatia holidays. What attracts many visitors and sailors from all over the world is the Adriatic coast. Croatian coastline is known as the coastline of a thousand islands. It is one of the most rugged coastlines in the Mediterranean and in the world.

The islands extend parallel to the shore and channels separate them. Counting the coast and island shoreline the total is 5,835 km. In terms of its length, the Croatian shoreline is the third longest in Mediterranean, after Greece and Italy.

The natural beauty and picturesqueness of the Croatian coastline is accentuated by the mild Mediterranean climate. Average of 2,400 and 2,800 hours of sunshine per year makes it one of the sunniest coastlines in Europe.

1244 islands, reefs, rocks remained after the rise of the Adriatic Sea 13 000 BC. Today only 50 are populated. Among the largest islands are Lošinj, Cres, Krk, Rab, Brač, Hvar, Vis, Korčula, Mljet.

The largest urban centers on the Adriatic coast are Pula, Rijeka, Zadar, Šibenik, Split and Dubrovnik. 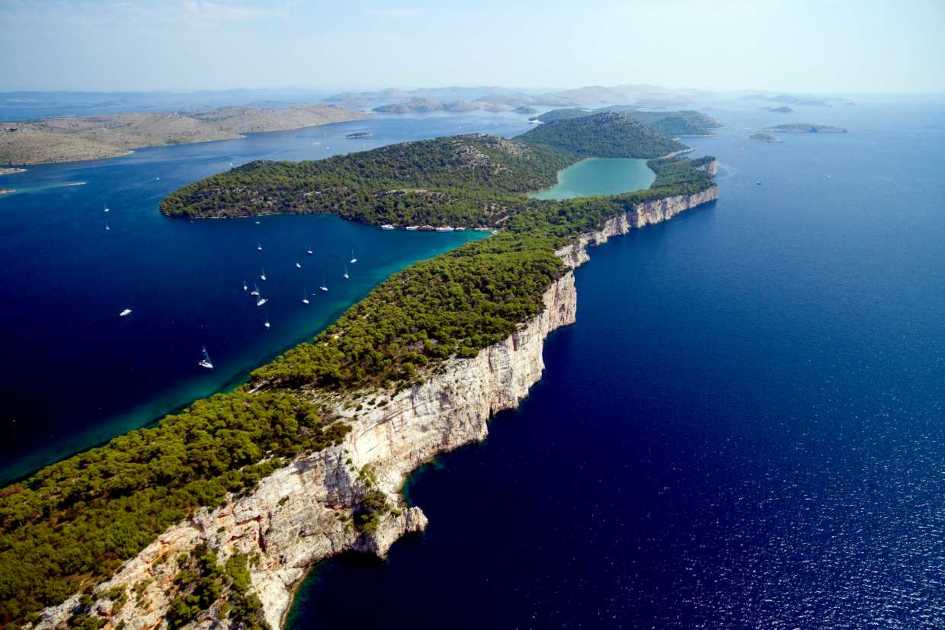 Croatia is proud to have one of the most preserved natures and the seas on the Mediterranean. The biggest treasure of Croatia are its 8 national parks. 4 National Parks are inland and 4 at the sea and coastline. North Velebit, Risnjak, Paklenica and Plitvice Lakes are located inland. National park Krka is in the vicinity of Šibenik and Brijuni, Mljet and Kornati are on the Adriatic sea.

With us you can book Krka Waterfalls daily trip from Split and Trogir.

A large number of protected natural areas and features show that Croatia is a country of exceptional, diverse, and comparatively well-preserved natural beauty. Example are Plitvice Lakes which are famous throughout the world.

The Mediterranean monk seal, known locally as the merman, is one of the most endangered mammals in the world. It spends part of its life on land, in caves or other inaccessible places. 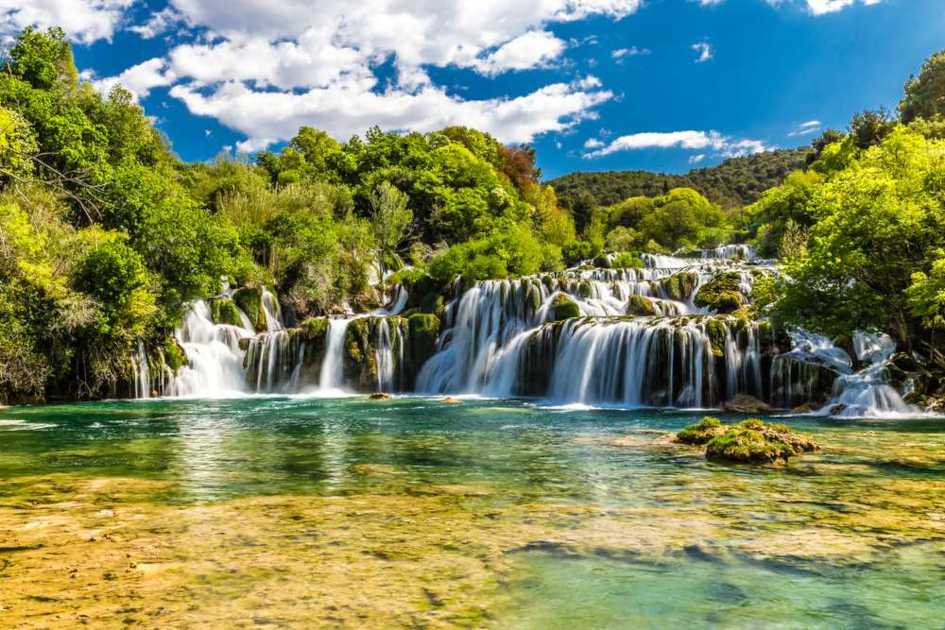 Thanks to its position in the moderate climate belt, Croatia enjoys a predominantly moderate climate. With four clearly marked seasons. Local climate differences determines primarily the diversity of the relief and proximity to the Adriatic Sea.

The coastal area has a Mediterranean climate which makes Croatia pleasant for stay and sailing throughout the year. Weather conditions on the coast are determined by winds, particularly in the winter. The best known are the jugo (south wind) and the bura (north wind). The influence of bura is clearly visible on the island of Pag whose landscape reminds of the Moon. 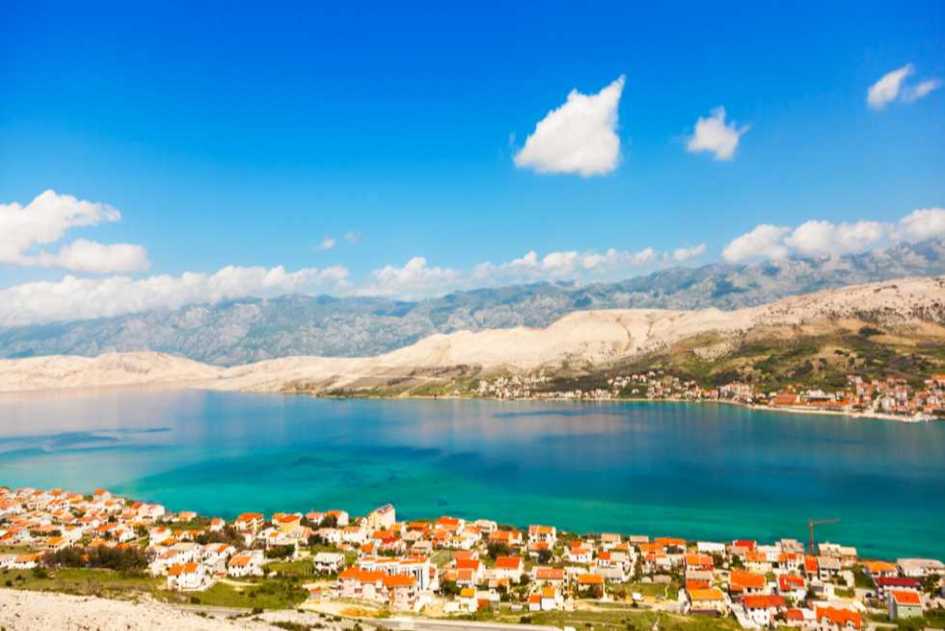 Many cultural and historical monuments are located throughout the Croatian coast. Along the coast you can discover historical museum towns such as Dubrovnik, Split, Zadar, Sibenik, Trogir, Solin and many other. On the islands you can explore numerous small fisherman villages and meet the traditional way of life on the islands.

During the summer months positive vibrations and excellent atmosphere with attractive programs transform the streets and squares of the towns into a meeting place of different cultures, gastronomy and entertainment.

Numerous music and film festivals are held every year. One of the most popular Music Festivals is Ultra Europe. 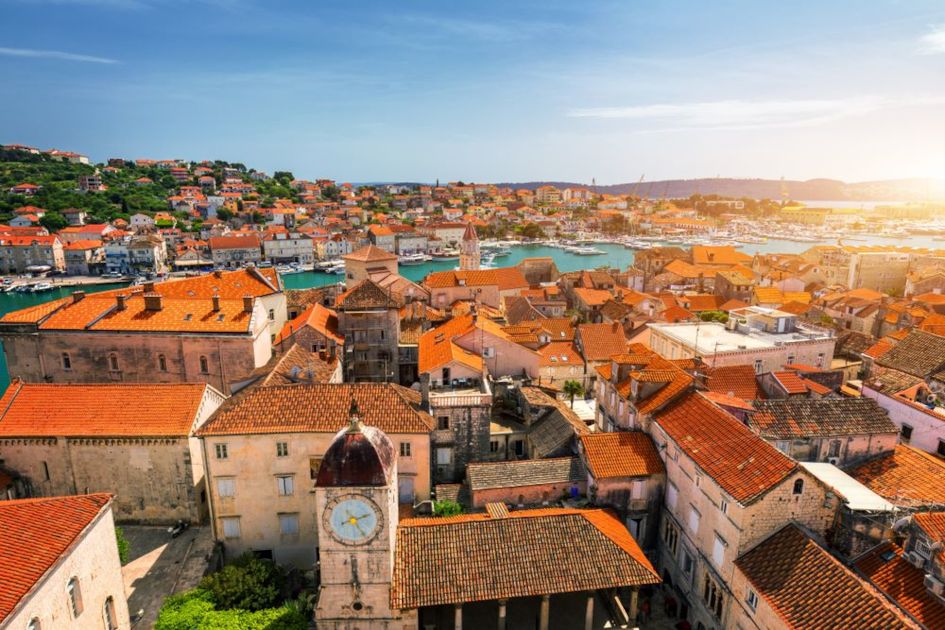 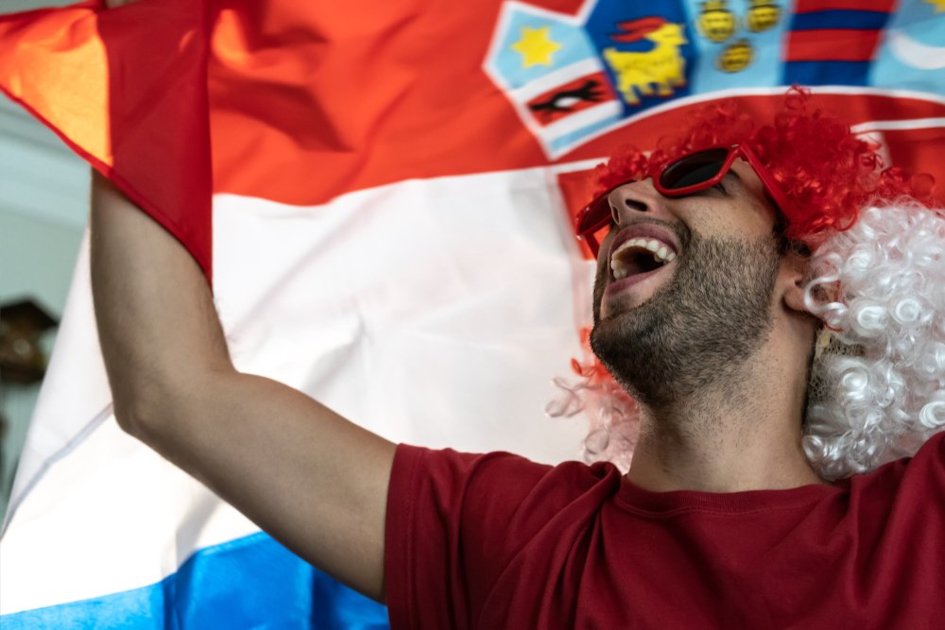 Thanks to interactions with different nations and cultures, for Croatia we can say that it has rich culinary heritage. What is originally autochthonous dish is sometimes difficult to say precisely because of the intertwining of the lives of different nationalities during the rich and long history.

Although, certainly very traditional Croatian dishes you should try while sailing in Croatia:

Dalmatian Peka – Specialties prepared under the steel bell could be either meat or seafood. If you would like to try this dish make sure to announce the order to the restaurant earlier.

Soparnik – is a usually savory pie with a filling of Swiss chard. Traditional dish of Dalmatian hinterland.

Skradin risotto – Special kind of risotto with veal made only in the town of Skradin.

Mussles on buzara – Buzara is Croatian way of cooking mussels with only few simple ingredients. This recipe is popular along the Dalmatian coast.

Pašticada – is a stewed beef dish cooked in special sauce. It requires long and meticulous preparation. It is usually served with gnocchi or homemade pasta.

Vis and Komiža bread – savory filled pie is leavened pastry which contains a combination of red onion, fresh or peeled tomatoes, salted fish such as anchovies or sardines, seasoning and capers to taste. 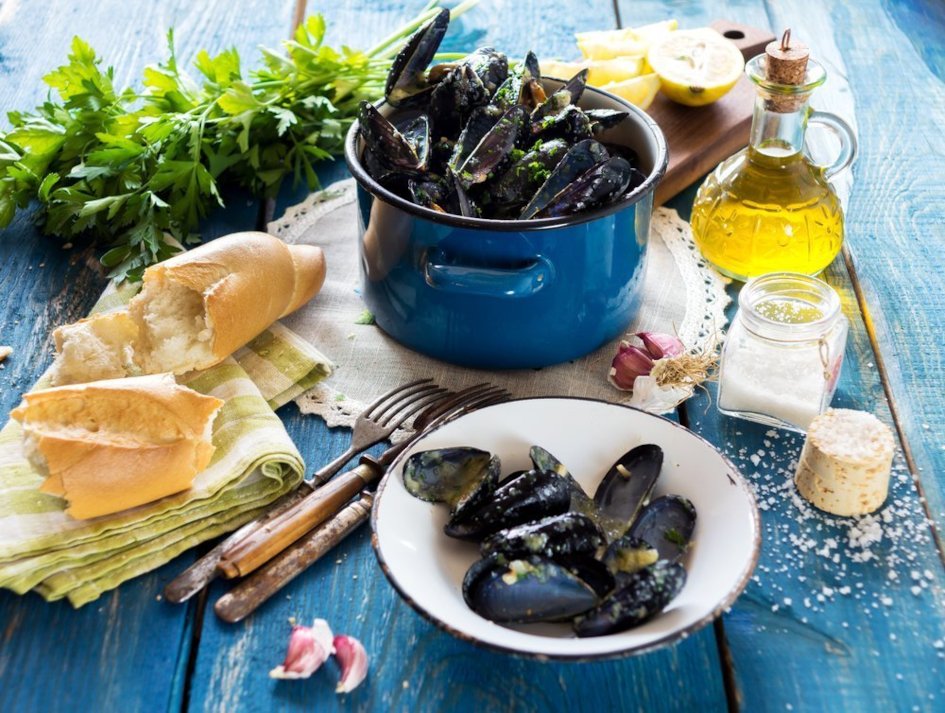 Wine production in Croatia dates back 2500 years in the past, at the times of Greek settlers on the islands of Brač, Vis and Korčula.

Croatia is unique in its geographic and climatic diversity, which contributes to specific grape varieties. Stunning fact is that there are more than 130 indigenous grape varieties in Croatia.

Croatian wines started attracting world attention in 1996. when research revealed that the popular Californian red wine Zinfandel is genetically relates to the Croatian varieties of grapes Crljenak Kašteljanski and Tribidrag.

Very popular are walks through vineyards in combination with wine and traditional cuisine tasting. With us you can book a visit and wine tasting tour to Kairos vineyard in the vicinity if Trogir. 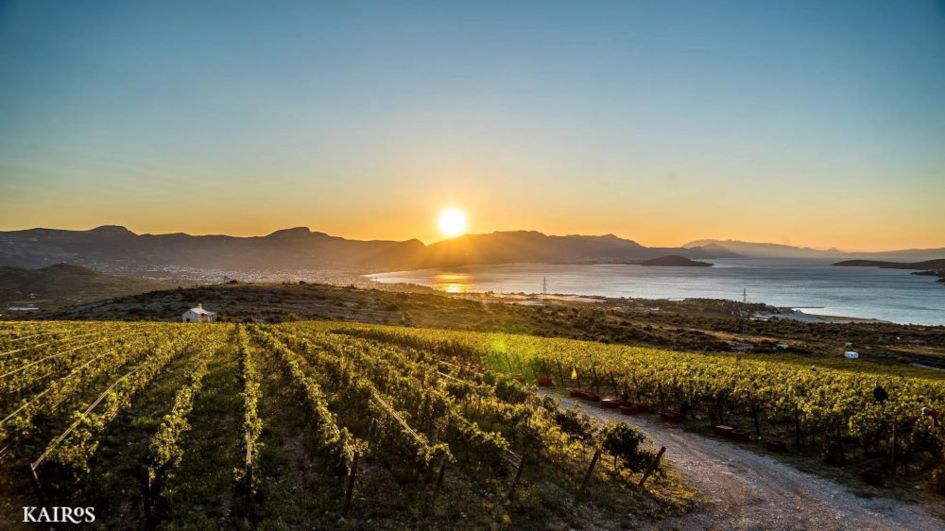 The existing highway network is well developed and enables good connections within the country. If you are traveling with a car from Europe to your sailing destination in Croatia, you can enjoy in safe and relaxed drive along the highways.

There is more than 60 modern marinas on the Adriatic coast and on the islands. 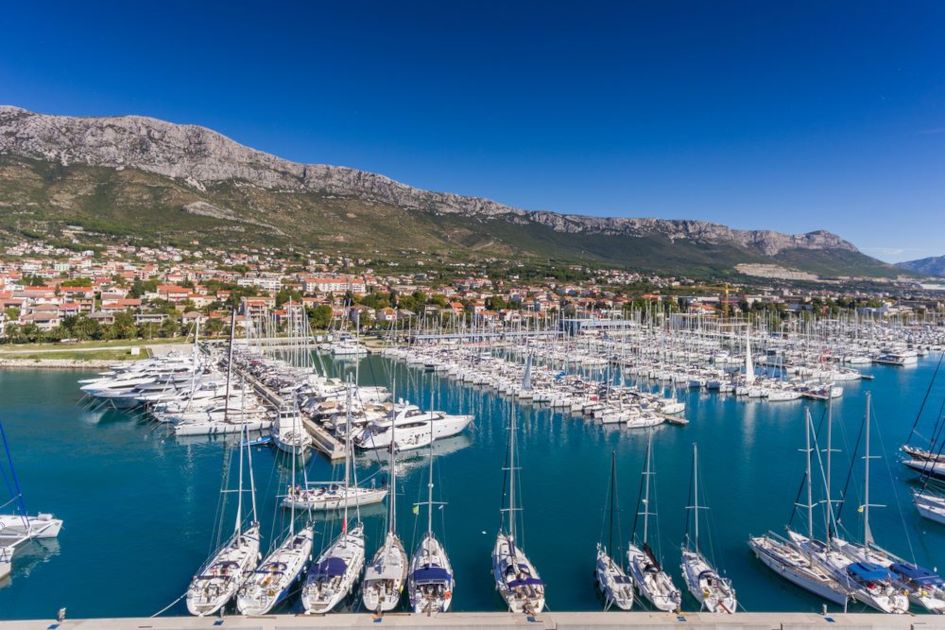 BOOK A YACHT IN CROATIA ONLINE